Friends came from far and wide to celebrate

The hills are alive with … people singing “Happy Birthday!”

Voices rang out in the courtyard of Ilan-Lael to wish James a wonderful day and milestone in life, and in typical James fashion he modestly let the accolades slide off his back and just wanted to be one of the crowd. “The crowd” was an assemblage of friends present and past, many of them artists who had worked with James over the years: a true reunion as much as a birthday party. Inside, the tables groaned with a potluck feast featuring dishes ranging from vegan to dairy-rich mac and cheese. And then the pièce de résistance came in, a lordly cake joining the  supporting legions of cookies and cupcakes. The weather was equally supportive: one of those fine Julian days when the sky is a shade of blue straight out of one of James’s watercolors.

The most touching moment came when James was presented with a birthday card filled with the special birthday messages he received from sent from his many friends, far and wide. 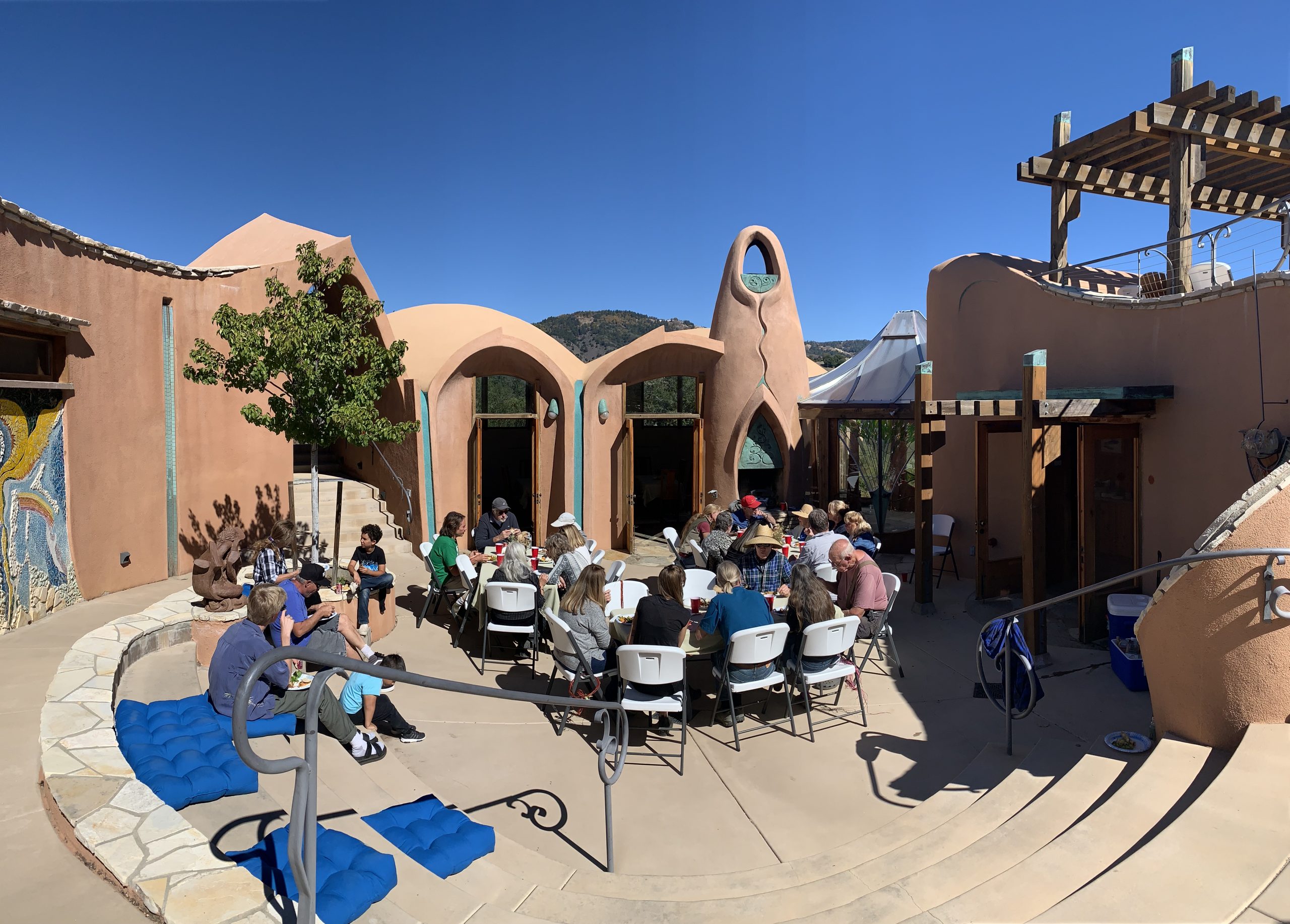 It was a perfect day on Hubbell Hill as friends and staff gathered to celebrate James’s 90th birthday.
PHOTO: Laurel Costa 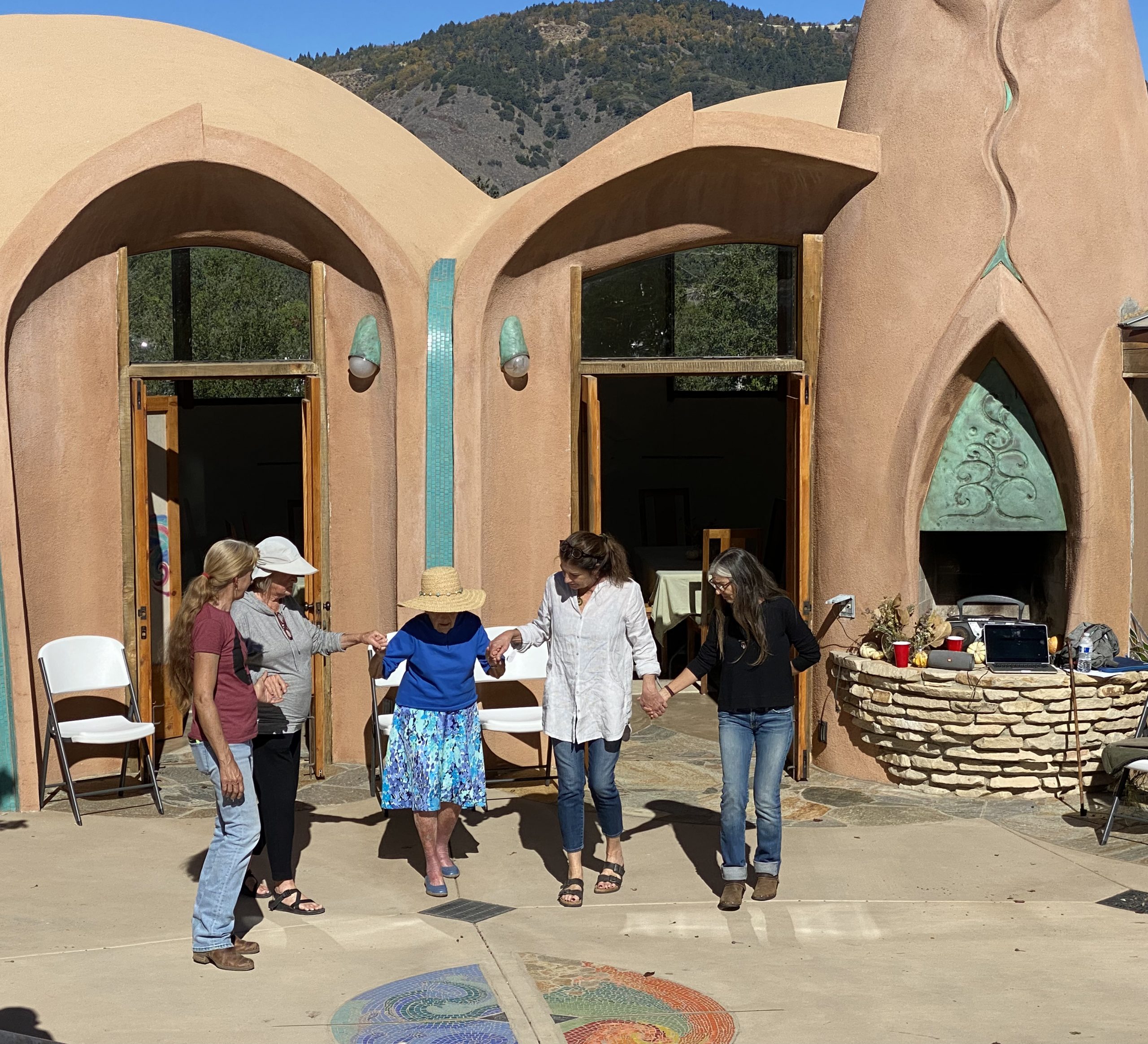 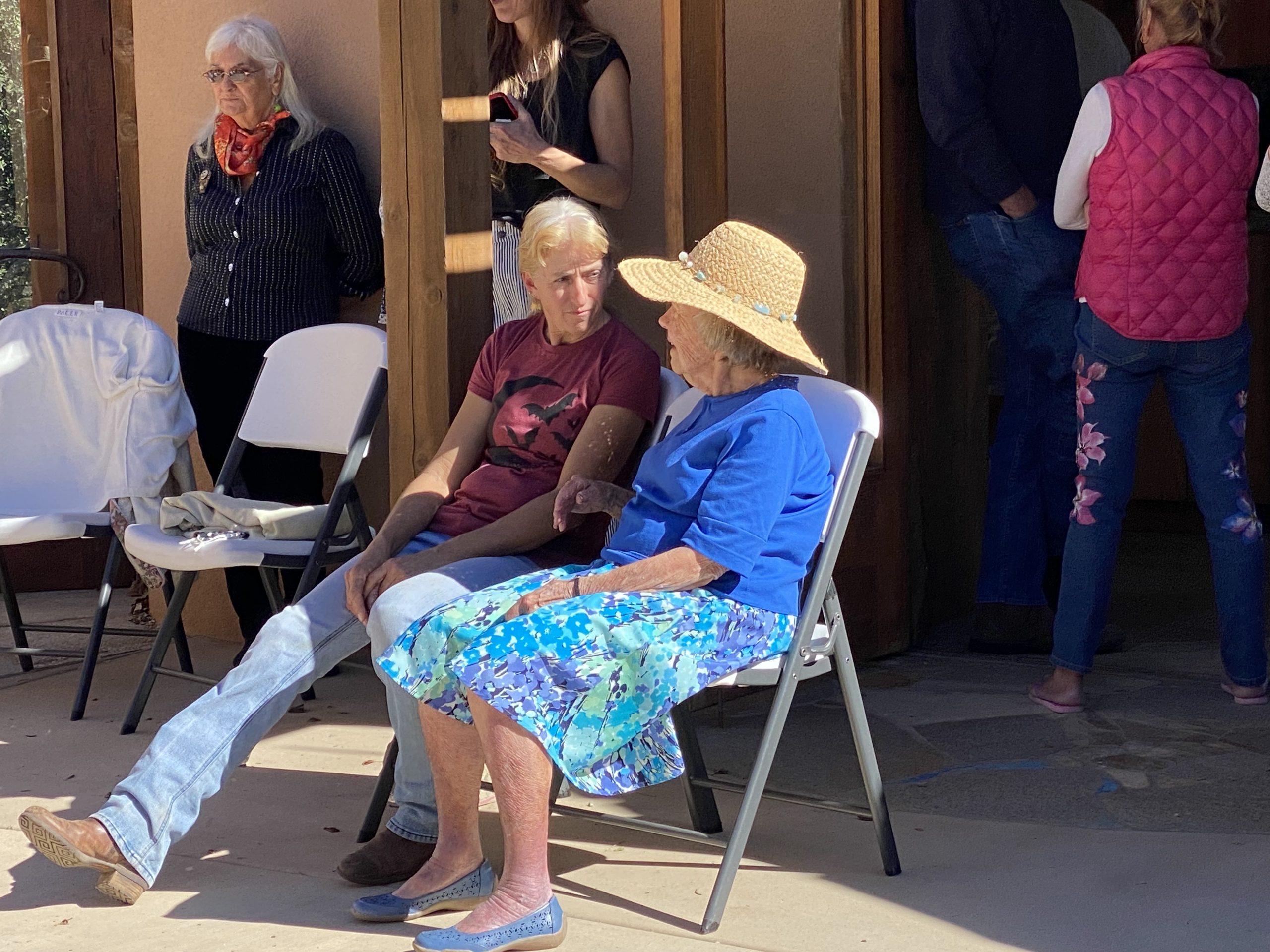 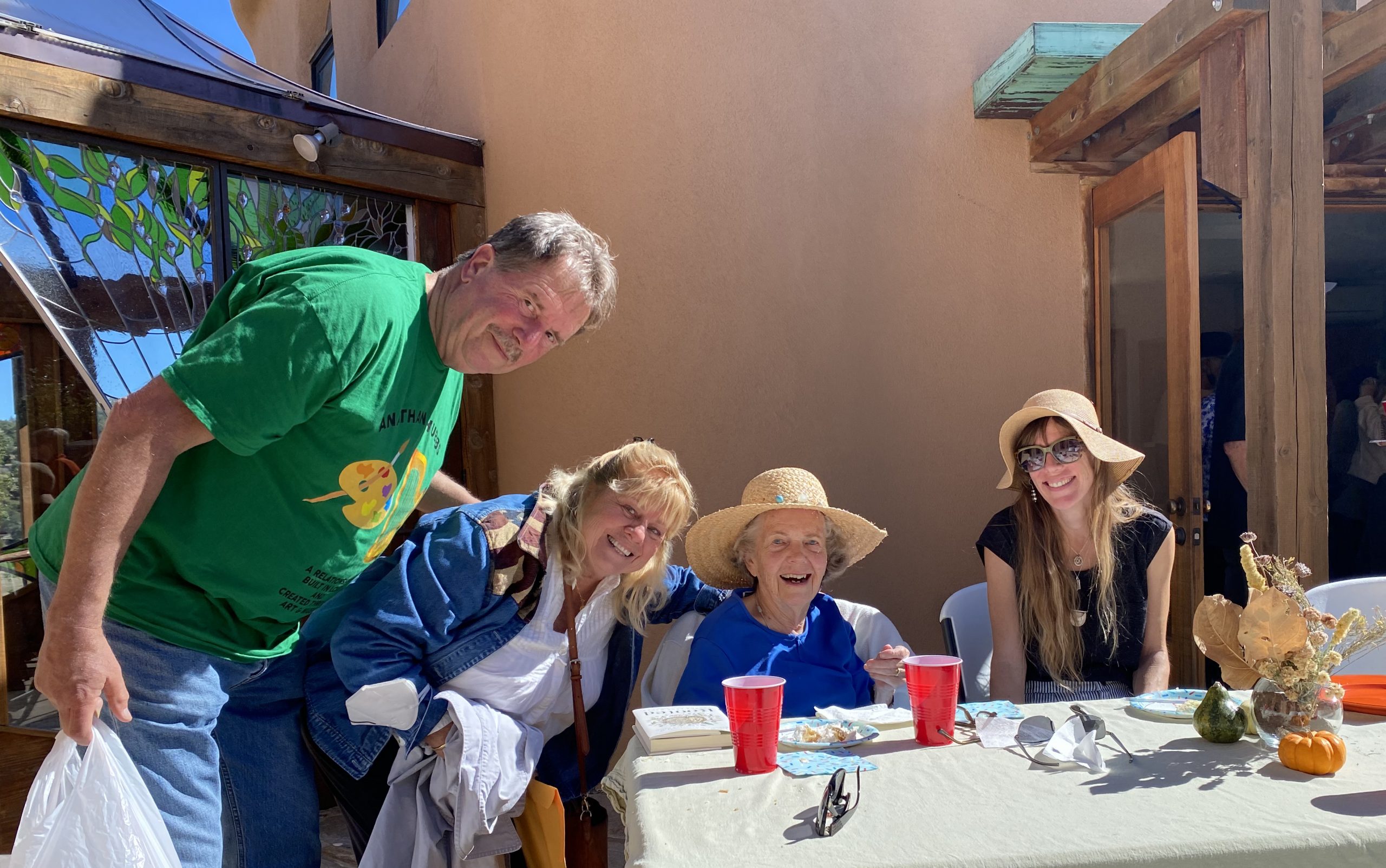 Friends past and present, near and far, gathered to celebrate!
PHOTO: Drew Hubbell 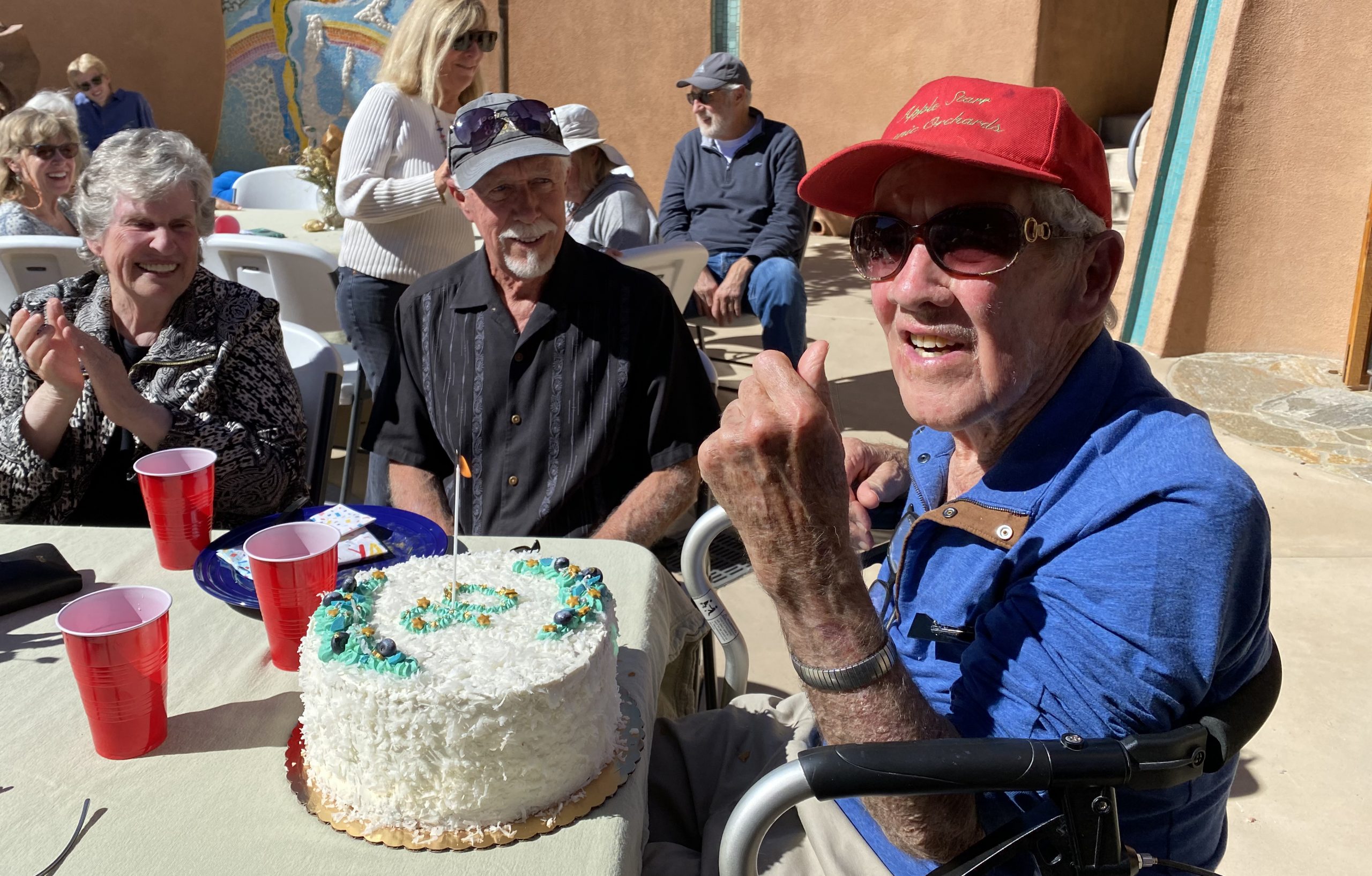 Ready to turn 90, James prepares to blow out the candles on his birthday cake (a delicious coconut cake).
PHOTO: Drew Hubbell