Drawing, of all the art forms, is one of the most direct in the artist’s bag. But it is under-valued in our time. Just as the lines of our fingerprint reveal an individual different from all others, the line of the artist reveals his or her uniqueness and an era.

An era’s drawings are truly its fingerprints. Goya’s profound use of black made his work an expression of his tortured period. The Spanish civil turmoil is there. Rembrandt linked himself to humanity in a web of caring. The scribbling on a subway wall tells us of the torment of faceless individuals. What we call style comes not from rules learned in school or historical footnotes by critics. Style is revealed in the honesty of the artist’s work. When an artist’s hand traces thoughts, emotions or dreams over paper, his/her inner self and the outline of the period are revealed. Within the ancient calligraphy of China, the prehistoric caves of Spain, or the cartoon in the New Yorker, is humanity’s history and our own place in it. Blake claimed one could understand the universe in a grain of sand. It is also true that one can understand the Renaissance by the way Leonardo drew the line of the Madonna’s eyebrow. Drawing, because it is the first probing of the artist’s mind, is less self-conscious, more playful, and closer to what is described as the scribbling of the soul. Look for it. 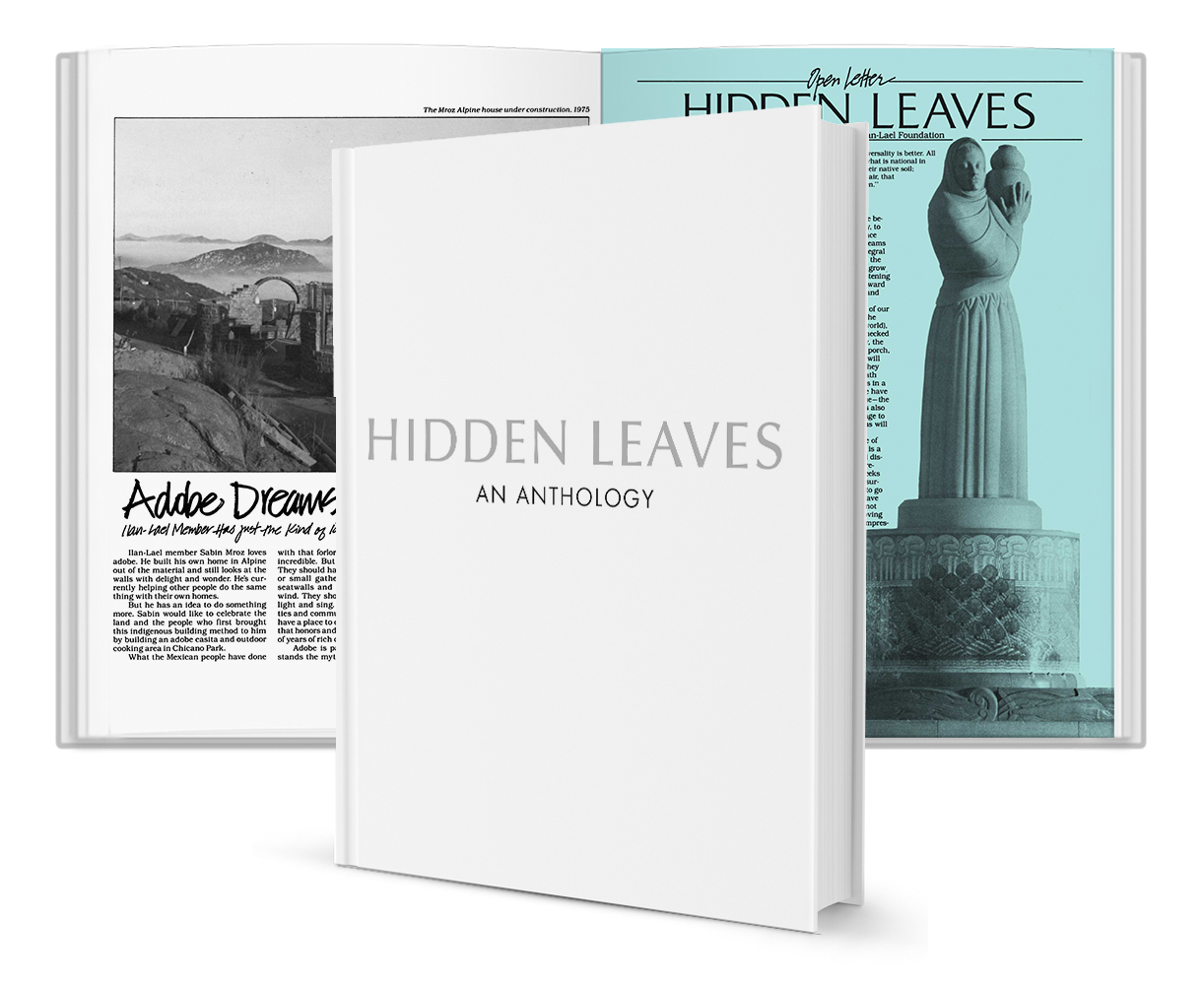 The complete anthology of “Hidden Leaves” publications from 1983 to 1987 is available for purchase in our online store.

Above “Lady and Bird,” 2000, pen and ink drawing by James Hubbell featured in the online gallery “Following the LIne.”