When “Opera” Echoed Off The Hills

Inspired by a famous myth, James Hubbell wrote “Queen Califia’s Pilgrimage,” a short poem we published in a 2018 issue of Hidden Leaves. At the time Jim mused that the poem could be “an opera, with music, dance, voices—and be open to all kinds of interpretation…Perhaps a school class will perform it…” Students and teachers at nearby Spencer Valley Elementary were listening! They also surprised Jim with a “happy birthday” banner, prompting James to say, “the center is at it’s best when bringing people together.” 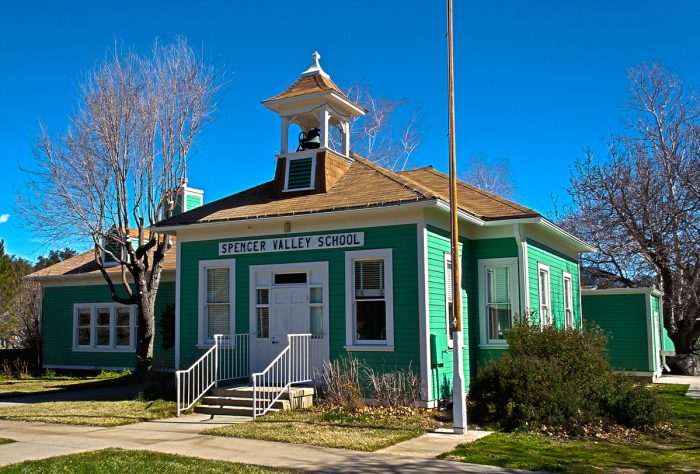 Spencer Valley Elementary School in Wynola is one of the county’s historical treasures.

On Friday, October 18, 2019, residents of the broader Julian community gathered at the premiere of Jim Hubbell’s play Queen Califia’s Pilgrimage, directed by Julie Weaver with the extraordinary music of Bill Jones, and brought to life by the talented students of Spencer Valley Elementary School. For one afternoon, the new Ilan-Lael foundation buildings and outdoor patio became a magical amphitheater that took the audience on a journey across the Pacific. 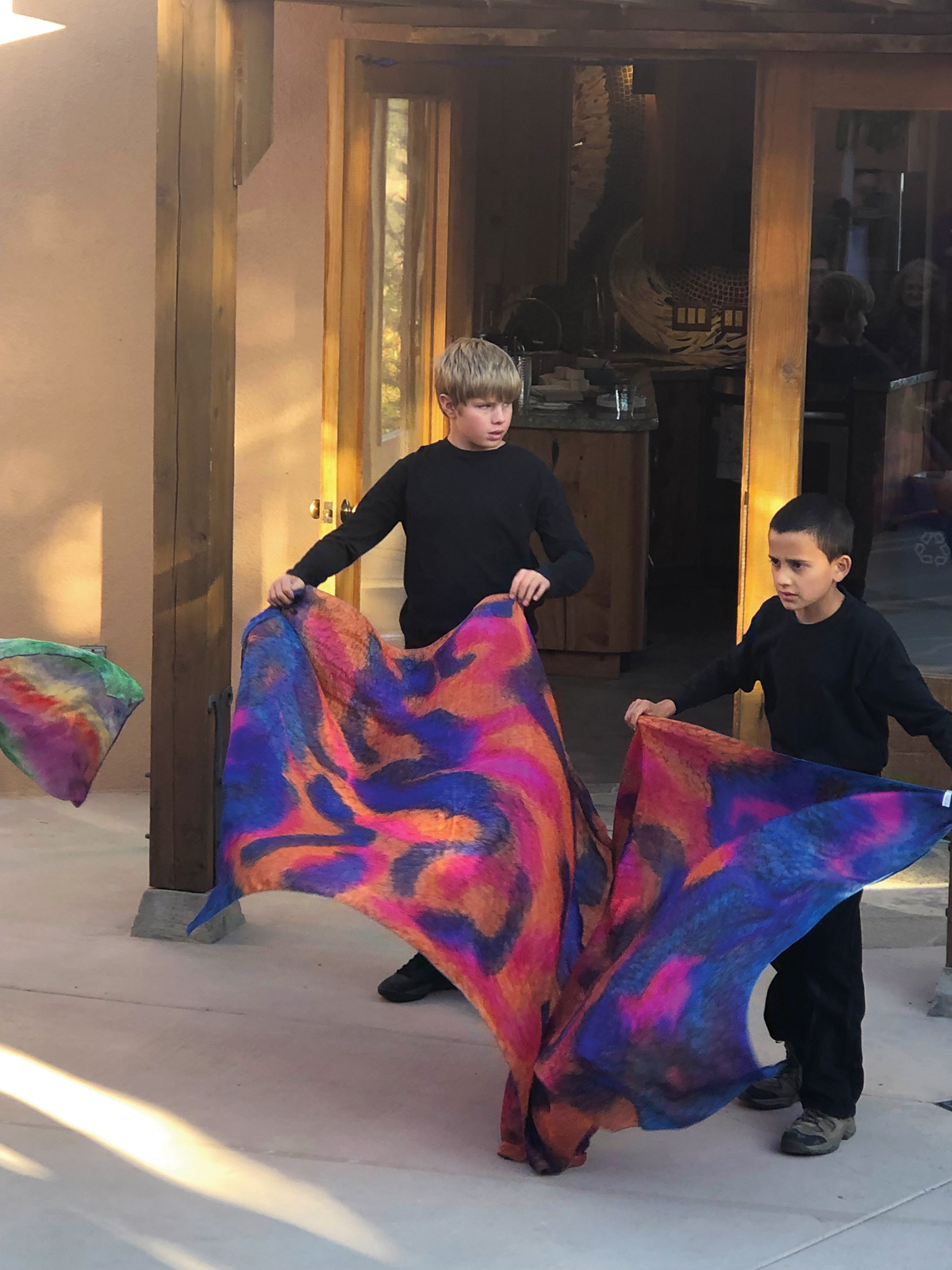 Queen Califia ruled a mythical land called California. The myth began around the 1500s when Garcia Rodriguez de Montalvo, during the period of the Spanish Inquisition, wrote a tale that chronicled the worldly adventures of a beautiful pagan queen turned Christian. Queen Califia was characterized as the ruler of a land at the edge of the world—”California.” Some called it an island brimming with gold—a representation of promise, possibility, and opportunity. This untamed and bountiful land existed before Europeans took the western hemisphere by force. The book may have influenced the naming of what is now California by early explorers, including Hernán Cortés and Juan Cabrillo.

Jim Hubbell reimagines Calafia’s travels to lands on the Pacific Rim—all reminiscent of Pacific Rim Park. Each of the seven existing parks that make up Pacific Rim Park aims to promote peace through diversity and beauty in the natural environment. Together, they comprise a string of pearls encircling the Pacific.

While the play was free, contributions were accepted and used to promote the arts at Julian High School and to continue the work of the Ilan-Lael Foundation. In addition, the play was an opportunity for Ilan-Lael to commemorate the 250th anniversary of San Diego while celebrating the future of our Pacific family and the diversity of the Pacific’s many cultures. 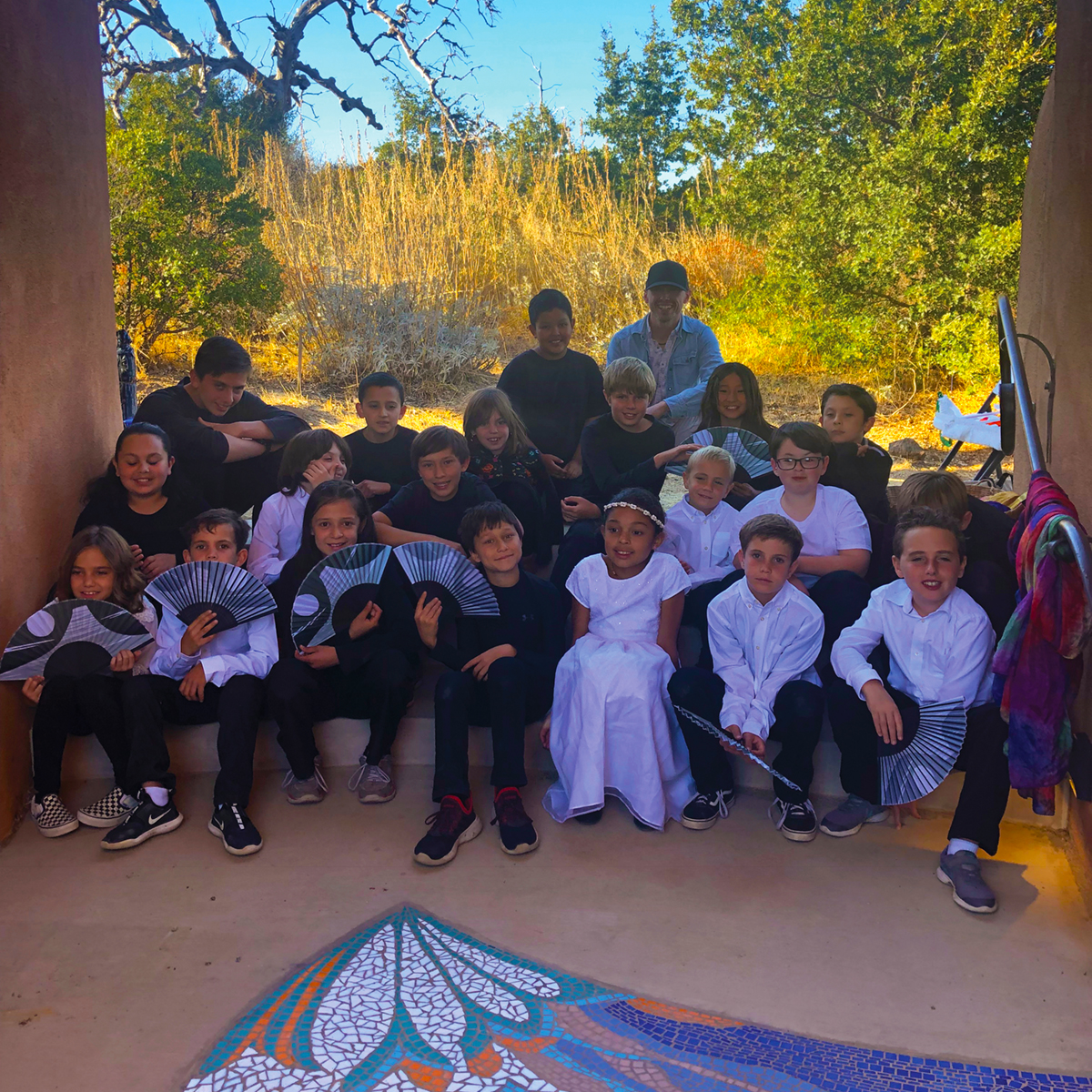 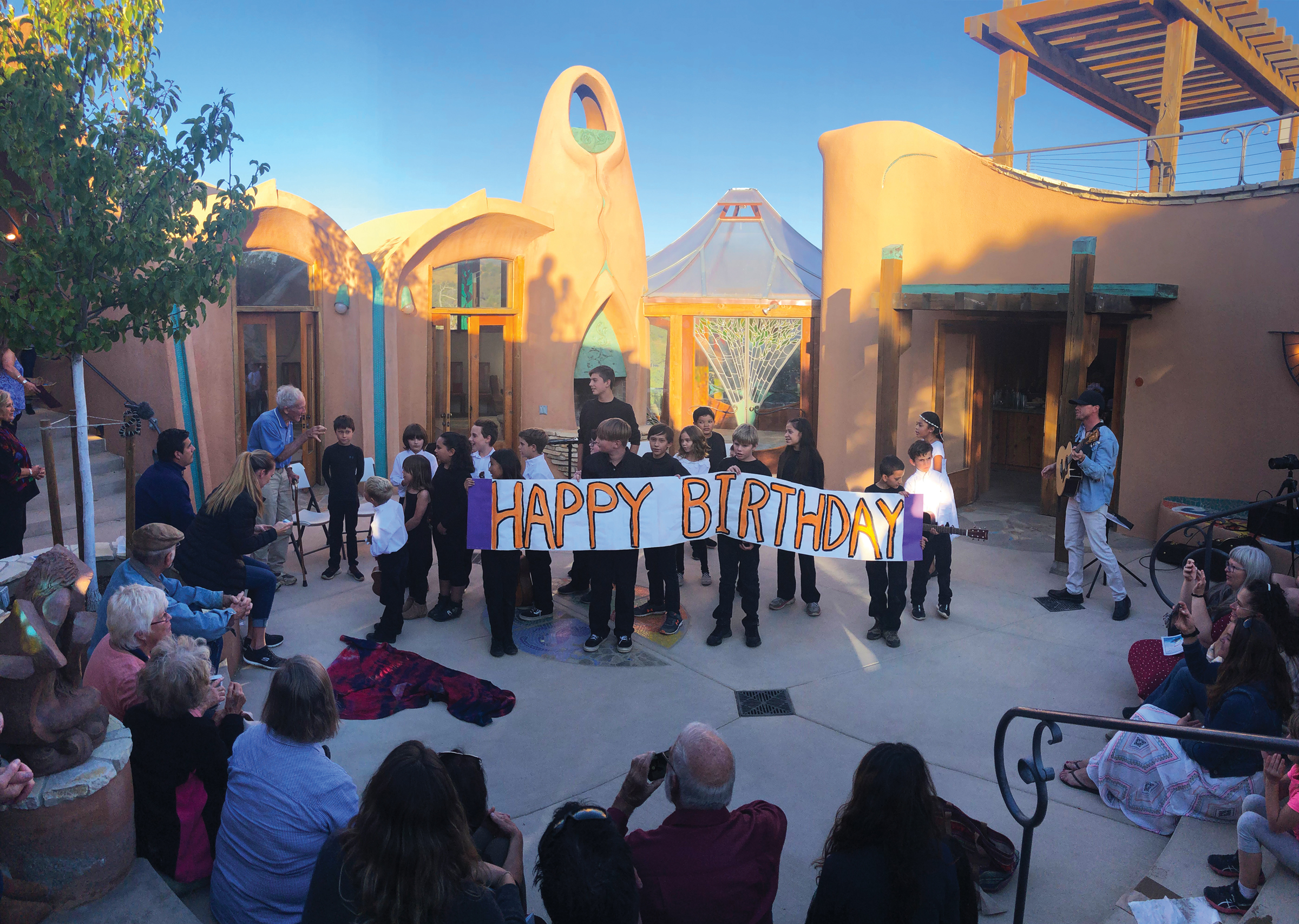 At one point students unfurled a “Happy Birthday” banner for Jim. Through it all, the main amphitheater-like courtyard proved an ideal theatrical space.

One response to “When “Opera” Echoed Off The Hills”