James Hubbell and his one-of-a-kind home, Ilan-Lael, are the are the subject of a feature article in the Home section of the Los Angeles Times, September 6th, 2007. 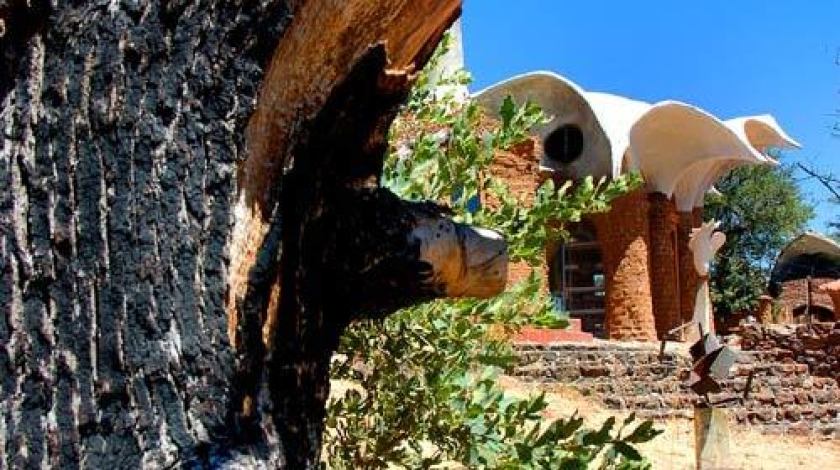 The charred trunk of a tree frames one of the eight structures designed by architect James Hubbell. The San Diego County fires of 2003 gutted four of the Hobbit-like buildings that Anne and James Hubbell have since restored on their 45 acres in Wynola, Calif. PHOTO: Christopher Reynold / LAT

WYNOLA, CALIF. — BEFORE James and Anne Hubbell’s home was reborn this year, before
it caught fire in 2003, even before its first indoor kitchen was built in the early 1960s, the
place looked different from other houses. Like a hobbit’s retreat, perhaps, or an oversized set
of shells from some distant sea bottom.

Its materials were raw, its contours irregular and organically curved — the designer wanted it
to look as if it had grown out of the hilltop. But to really understand the place, you had to hear
the story. Read full story via the Los Angeles Times