How we chose the name “Ilan-Lael”

She learned to fly in a bi-plane. She built a house by hand with her husband James. Together they raised four boys, which is a great accomplishment in itself. On top of that they founded the Ilan-Lael foundation. A wonderful legacy indeed.

This month we celebrate the birthday of Anne Hubbell who played a pivotal role in co-founding the Ilan-Lael Foundation in 1983! Our 40-year anniversary is a good time to reflect on our history and how the past guides our present and future. Where to start? What better way than with an “origin” story by Anne herself. 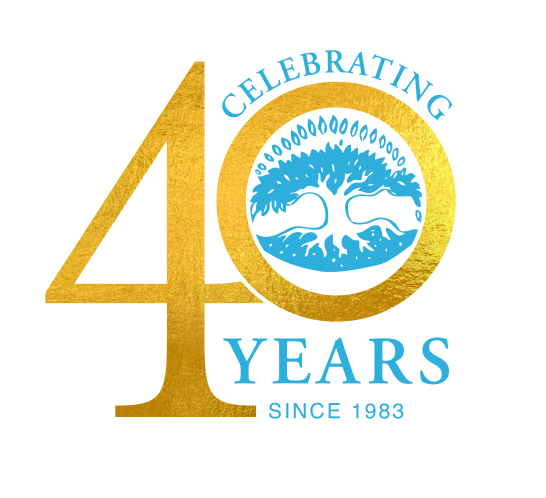 I am often asked the question: “Such an unusual name. What does it mean.”

When I first came to California, I visited Torrey Pines State Natural Reserve and fell in love with its lovely, unique trees. I felt something very special there. I met James and we often went there on ‘beach dates’ during our courting days. James asked for my hand in marriage as we were standing in one of the groves. That lovely place turned out to be a blessing for us. We married and planned a family.

One day while visiting James’s art/work studio a certain sculpture caught my attention. I said “I think that piece could be called ‘Angel of Torrey Pines.’ The word for it would be Torriel.

Some time passed, and when we knew we had a Korean-American son coming, the name Torrey came up again as a bit of both eastern and western cultures: tori gates being eastern and Torrey pines western. Yes, we named him Torrey.

I wanted to use “L” for his middle initial, so we consulted a naming book and found Lael: Hebrew meaning “I belong to God.” That seemed a pretty wonderful meaning. And so this new little boy was called Torrey Lael Hubbell.

Four months later a baby brother arrived. These were indeed busy times! As Torrey was named for a tree, we chose a name linked to ‘oak’, Drew, but couldn’t come up with a middle name. We thought of Frank Lloyd Wright and how all his children had the same middle name, Lloyd, and we thought Lael would once again be a good choice for a middle name. Soon enough, Lauren and Brennan received that name, too, and some of our grandchildren now have it also. 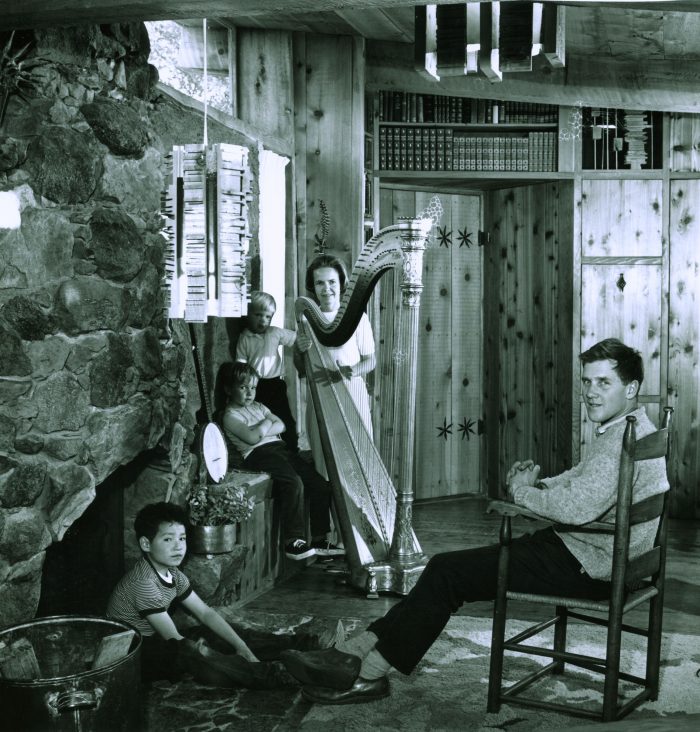 The Hubbell family in 1967. From left to right; Torrey, Drew, Anne and James PHOTO John Waggaman

In the 1970s Otto Rigan wrote a book about James and his work and he said that our home site had to have a name. A good friend noted that ‘Lael’ was a meaningful word in our life, but we all agreed something more needed to be added. We knew a minister in Julian who had studied Hebrew and asked if he knew of some words for ‘tree’. He found ‘ilan’ which meant little tree. The two words together had a lovely sound and we liked the way the words looked and what they meant. So this is how “Ilan-Lael” was chosen for our home site and eventually for our arts education foundation. You might say it’s been a busy little word in our lives starting from a sculpture and growing and growing.