Through the Wonder of Glass

Glass is one of the most dynamic mediums used by James Hubbell. Antique glass, glass cutlet (aka glass slag), and glass tile appear in almost every piece of art he creates; he knows it brings light and a certain sense of mystery and energy that can transform architecture or sculpture into forms that mimic the brightness of nature and range of our sight.

The UN declared 2022 “The Year of Glass” as an effort to highlight this incredible technology and its essential role in our global society. The year-long celebration of webinars, lectures, events and conferences across the world has been demonstrating the role of glass in advancing civilization throughout recorded history in the fields of science and art. 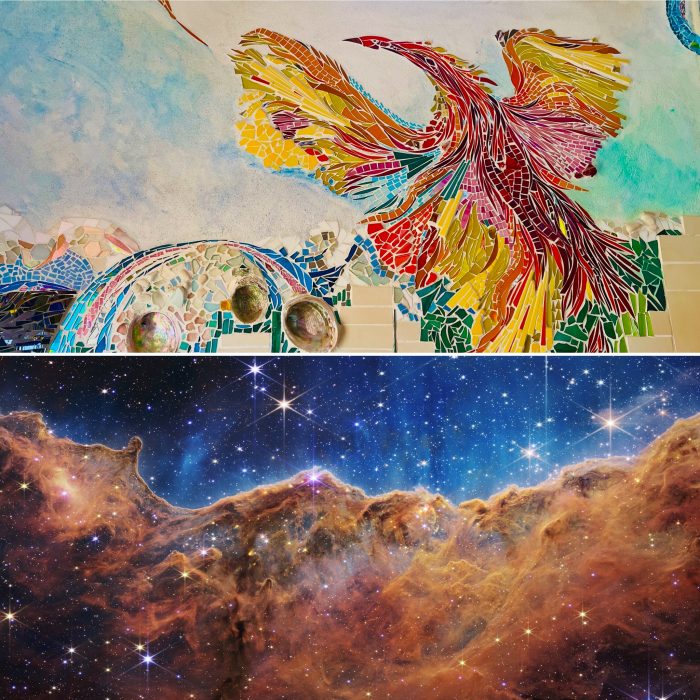 Glass mosaic firebird ceiling in Ilan-Lael Center, by Laurel Costa (above). Image of the Carina Nebula from the James Webb telescope, 2022, NASA, ESA, CSA, and STScI (below).

Science and art are equal in value and provide mutual support. 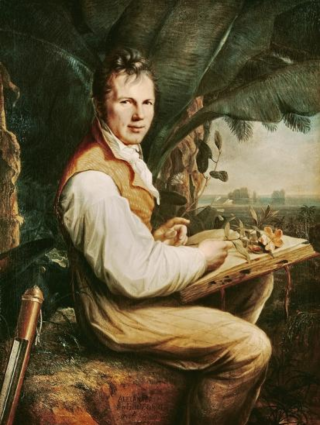 This has been is an ongoing conversation at Ilan-Lael inspired by James’s appreciation of the 19th century scientist Alexander von Humboldt. If Humboldt’s name doesn’t resonate with you immediately, you’re not alone. And yet, more places and achievements have been named after him than any other scientist in history. Von Humboldt significantly influenced Thomas Jefferson, Charles Darwin, and John Muir and is credited with planting the seed that led to the creation of the National Park Service. He worked to lay the foundation for what is now called “biogeography,” and as hyperbolic as this sounds, he is credited with the “invention of Nature,” referring to the many ways that today’s appreciation for natural habitat would not exist without his philosophy.

Von Humboldt said, “Nature must be experienced through feeling,” meaning that developing an emotional connection to the natural world is as important as scientific measurements.

This philosophy also led to his deep reverence and respect for indigenous peoples he encountered  in his worldwide travels. Von Humboldt had the ability to connect the artistic/emotional/ cultural experience with 19th-century scientists’ fierce curiosity for technology and science. He believed this balance  would provide the best path forward for humanity.

Why are we recognizing glass?

This staple of modern life, it is often overlooked. Glass is a vital  conduit for information-sharing in our knowledge-based society: a major component in fiber optics, and a backbone of the internet, mobile phones, medicine and vaccines, and solar, wind, and nuclear energy. Without it, microscopes, telescopes, and cameras would not exist. And, glass is one of earth’s most sustainable resources.

“Glass artists across the globe have given humankind an awareness of this wonderful material including its remarkable methods of fabrication, inherent beauty, and ability to capture and display nature’s full spectrum of color.”
—National Glass Association 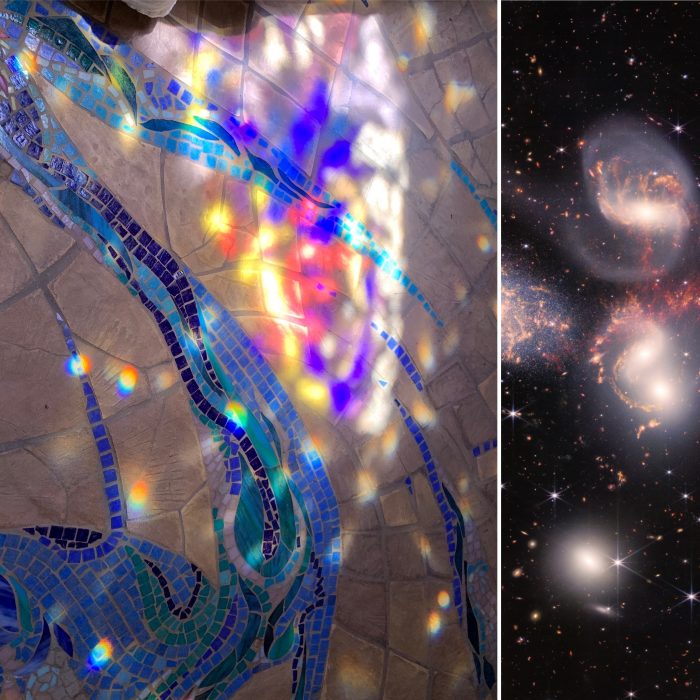 Surely James is in this pantheon of artists who appreciate the way glass and nature complement each other. Long ago he wrote about the inseparable relationship between art and nature:

“Let me describe a world we are entering; a world where equality is seen not as sameness but as uniqueness. Here time is not just ends and goals, but a process with moments to be savored — not separated into past and future. Matter and energy will be understood as inseparable. God can be as much at home in a cup of coffee as in the stars”
—James Hubbell, Architecture of Jubilation 1974 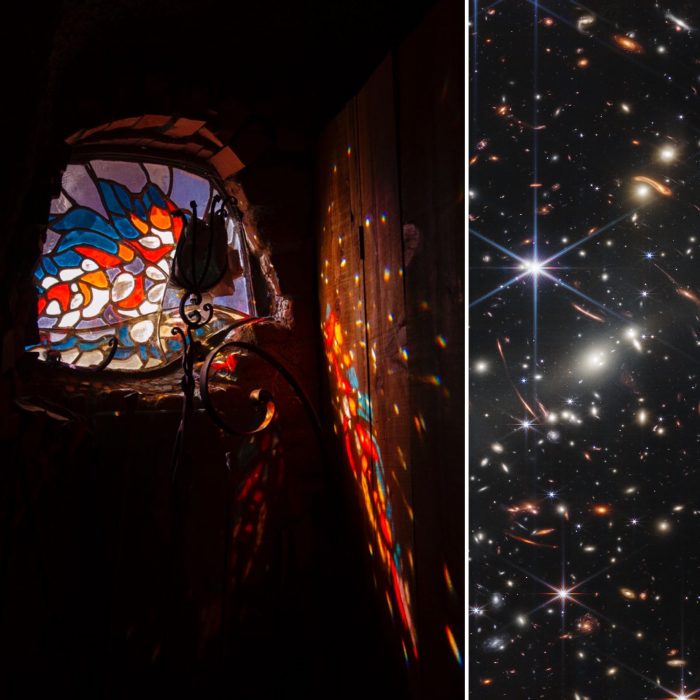 Click Here to see the YYOG2002 Global Registry of Events:

Above Photos: Stained-glass window in The Boys’ House by Laurel Costa (left).   Image of the Southern Ring Nebula from the James Webb telescope, 2022, NASA, ESA, CSA, and STScI (right).


Laurel began working at Ilan-Lael as a mosaic tile artist for Hubbell Studios. But it wasn’t long before her many other talents were put to work by James. You might see Laurel repairing the roof of a building, or waist-high in a hole shoveling dirt, or photographing the art and nature on the property, or helping out in the studio forge or stained glass studio. Her skills are multi-dimensional. But her favorite place is in the art archive where she’s served as the Ilan-Lael Foundation Archivist since 2018. She’s been tasked with organizing, cataloguing, and preserving the vast body of James’ work.  In 2022 Laurel became the Ilan-Lael Operations Manager, helping to run programs and working with the Ilan-Lael team to serve the mission of the foundation.

One response to “Appreciating Nature and Science”