Why Sculpture? In Search of Shadows

The offer by the Oceanside Museum of Art to put up a show on sculpture was a chance to explore that part of my work. In the beginning, I thought of myself as a painter, but after leaving the Army in Korea and being accepted to the Cranbrook Art Academy in 1955 where by chance the painting department was full, I found myself a major in the Sculpture Studies for two years.  I had passed into another world.  Other areas of my work receive more notice; yet I often think of myself as a sculptor and attribute much of my direction in architecture to it.

Cranbrook was a great place to learn about sculpture, and in fact about all the visual arts: space, light, volume, and all the elements of sculpture and good design.  The highlights of Cranbrook are the sculptures of Carl Milles, the architecture of the two Saarinens, Eero and Eliel, and the weaving of all into the landscape.  It is a rich classroom for an artist.

Being exposed to the other students, mostly more mature than I, their methods of working, use of material, the exposure to bronze, clay, welding, stone and wood carving and metal smith all opened a rich new world for me and gave me a love not only for the materials but also for the world of three dimensions.

So many things in life went into forming my approach to art.  First nature, living or traveling in New Mexico, Africa, Europe, Japan, the sea, particularly Michelangelo’s so-called unfinished sculptures at the academy in Florence, Constantin Brancusi, Noguchi, Rodin, primitive shapes, Gothic, and Egyptian.  It is ancient rooms in museums I am drawn to, the ancient craftsmen long gone, who with their patterns and shapes have told a story of their world.

Sculpture, unlike most of the other art forms except architecture, casts a shadow and like ourselves, occupies three dimensional spaces.  Sculpture can be approached as another person, and even though it is inanimate it can create reality.  It is there in front of you, not an illusion.  It can, as music does, deal primarily with form and rhythm, or to varying degrees bring remembered elements as part of its story or give us an introduction to an inner world, a world of light and shadow, hue, form, materials and the voice of another human. For me it is the dance between the light and its shadows, the volume of the whole sculpture coming and going.  How an edge will separate the two planes, soften the edge and the eye rolls easily into the shadow.  It is a discipline that deals with real materials; occupies real space yet can speak about the unknowable.

I would not be honest if I did not mention material.  My love of wood, clay, iron, copper, bronze and glass; the gifts they bring to the fashioning.  They want to help, the way iron twists can be like a passage of music.

I am again grateful to the Oceanside Museum giving me a chance to share one of my loves, sculpture with my friends and I hope you, too, will allow this art form some space in your world. 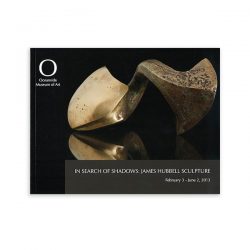 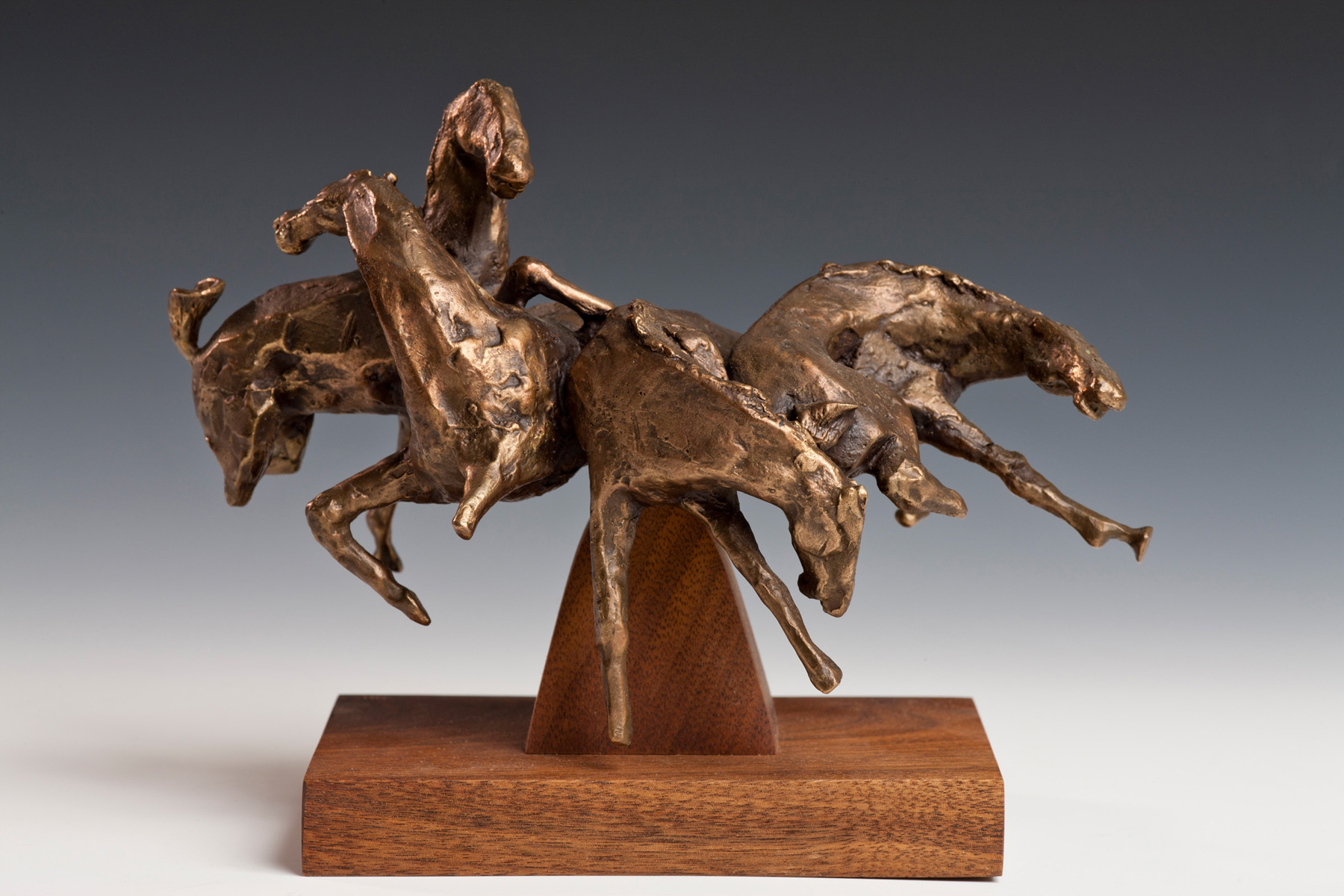 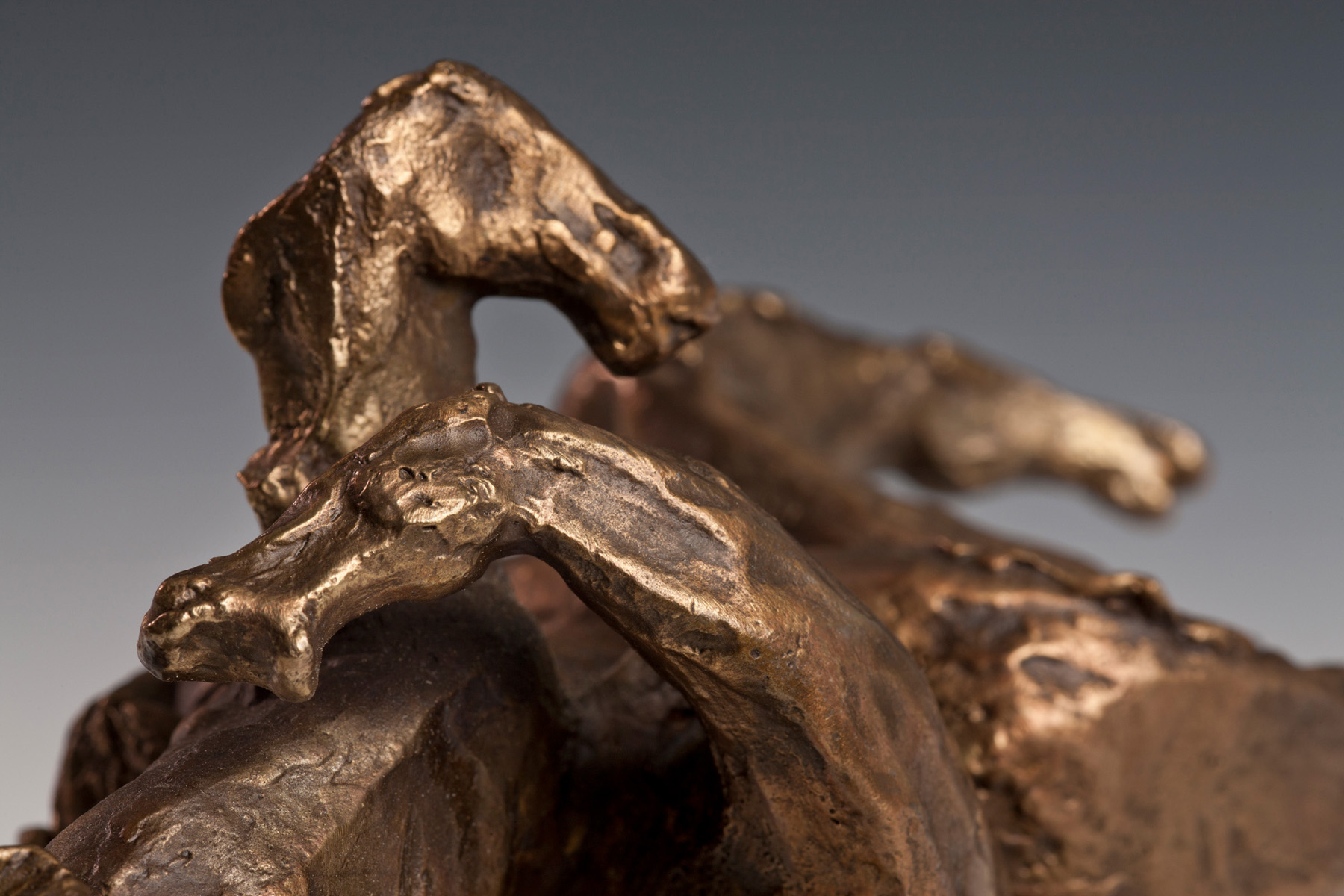 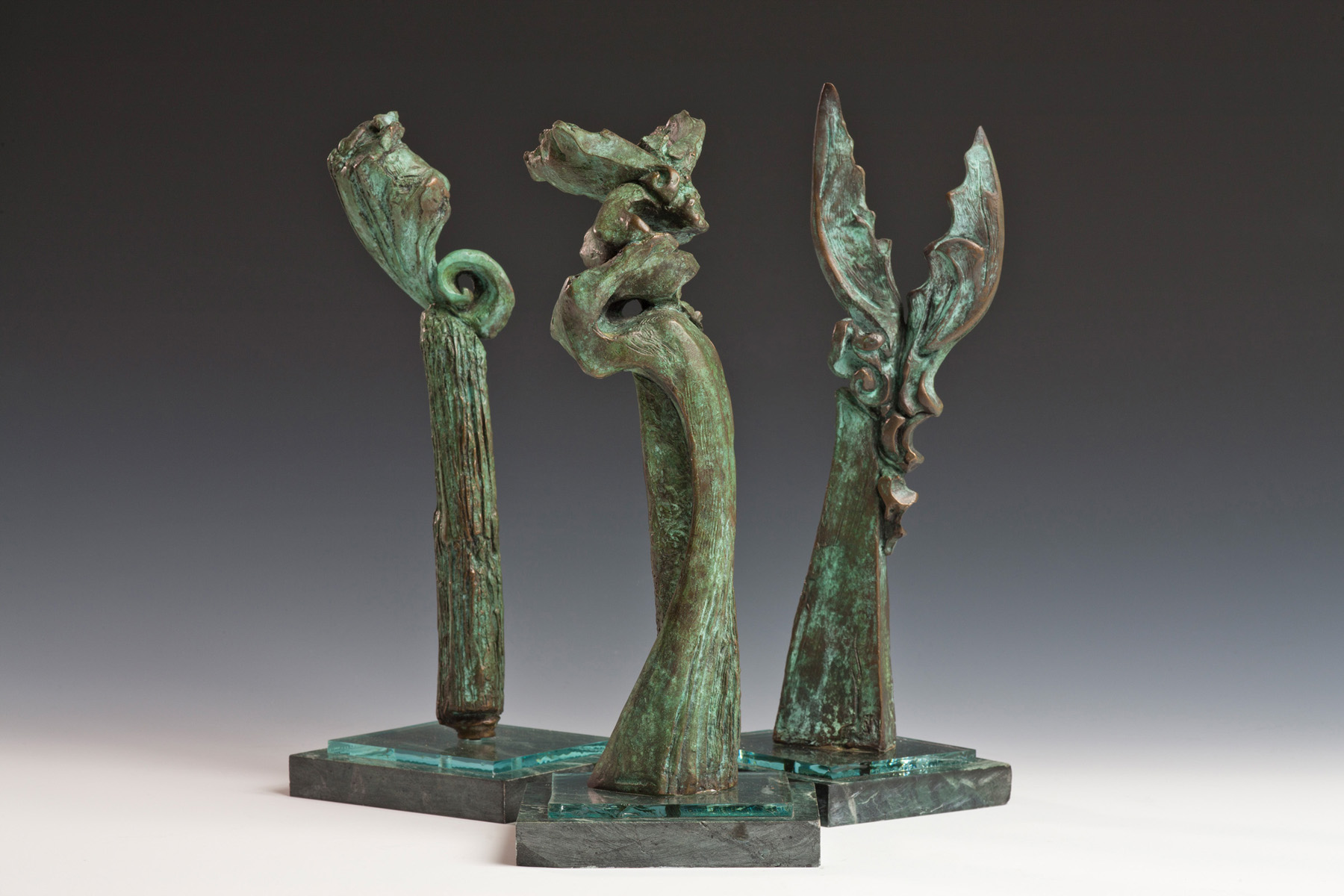 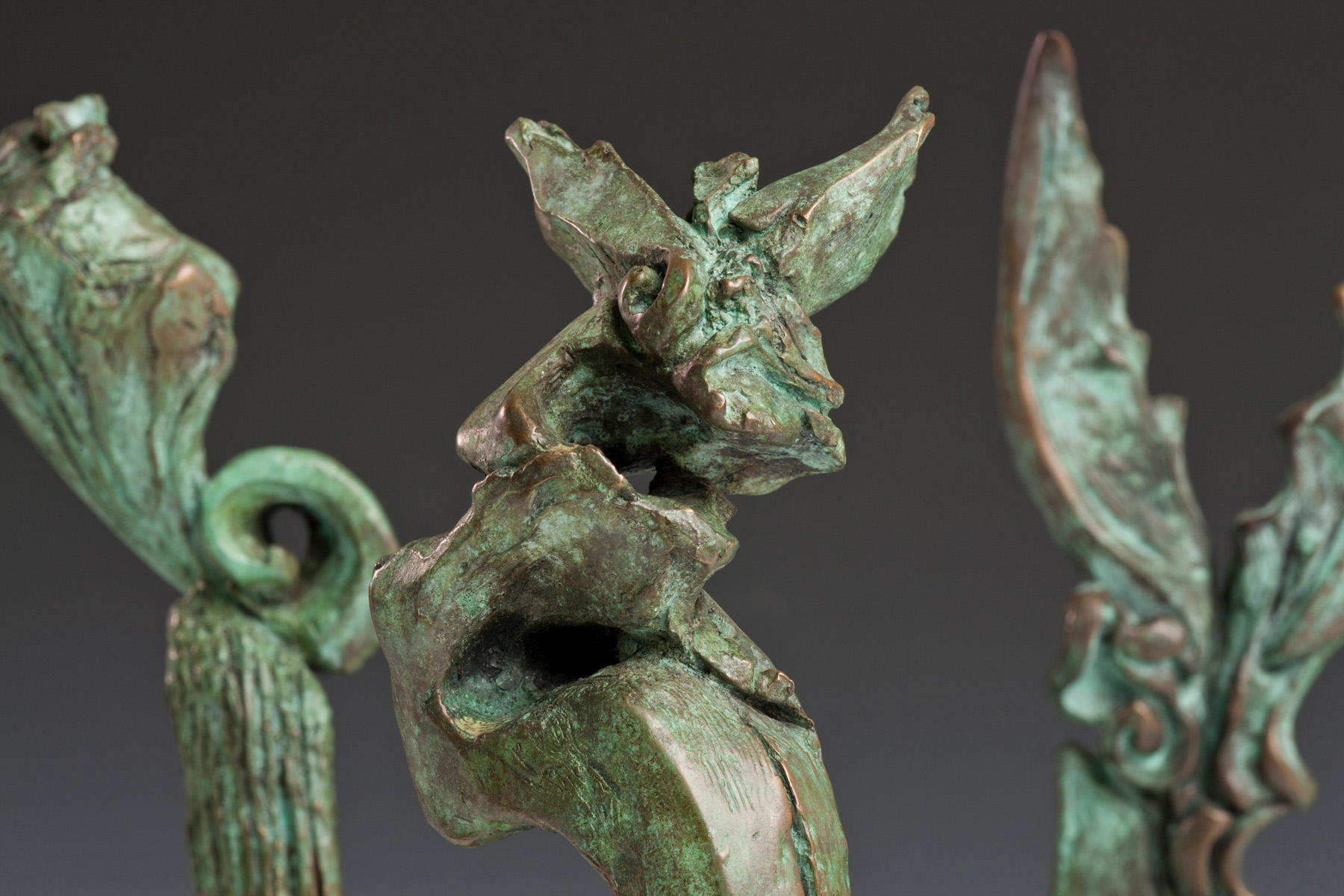 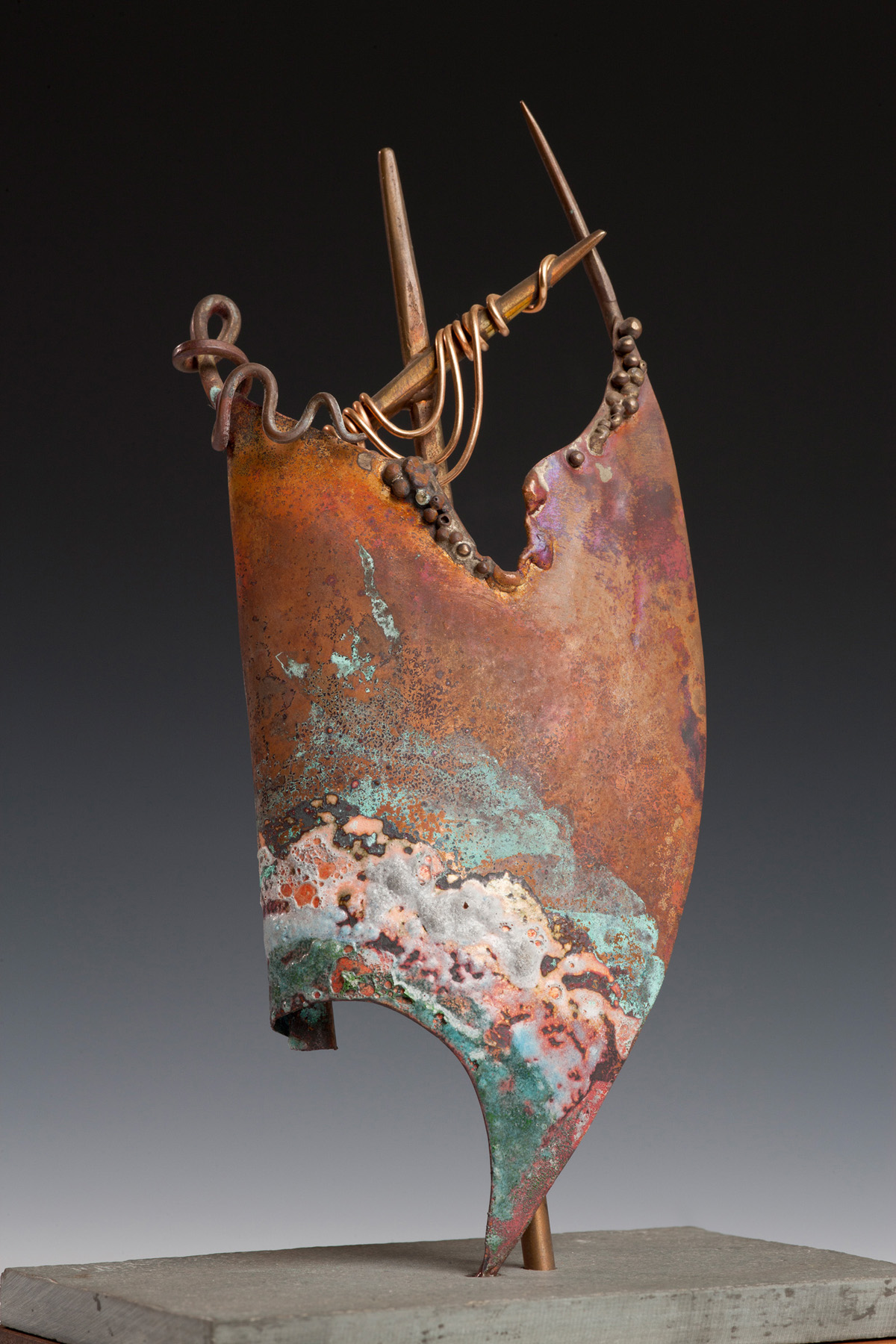 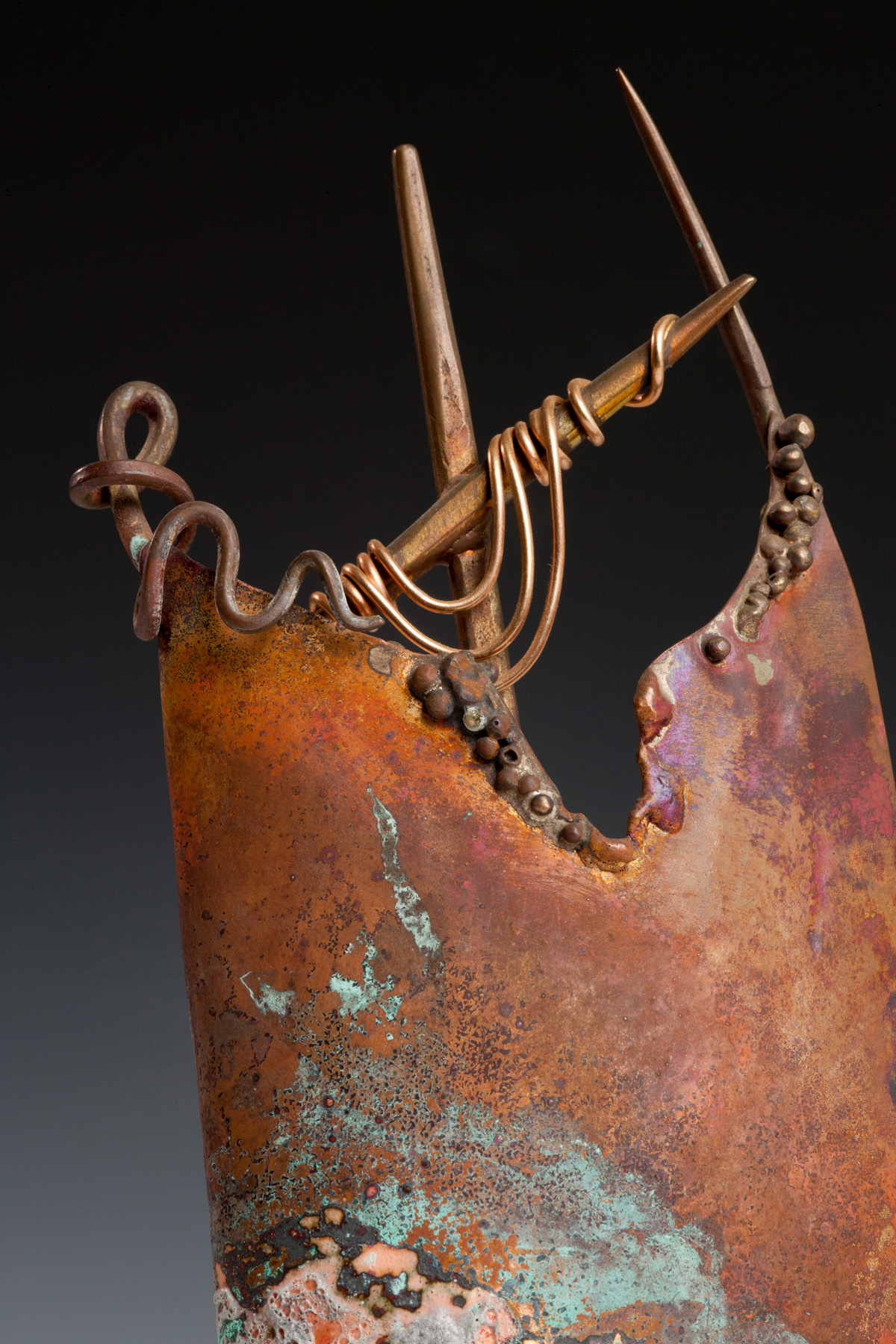 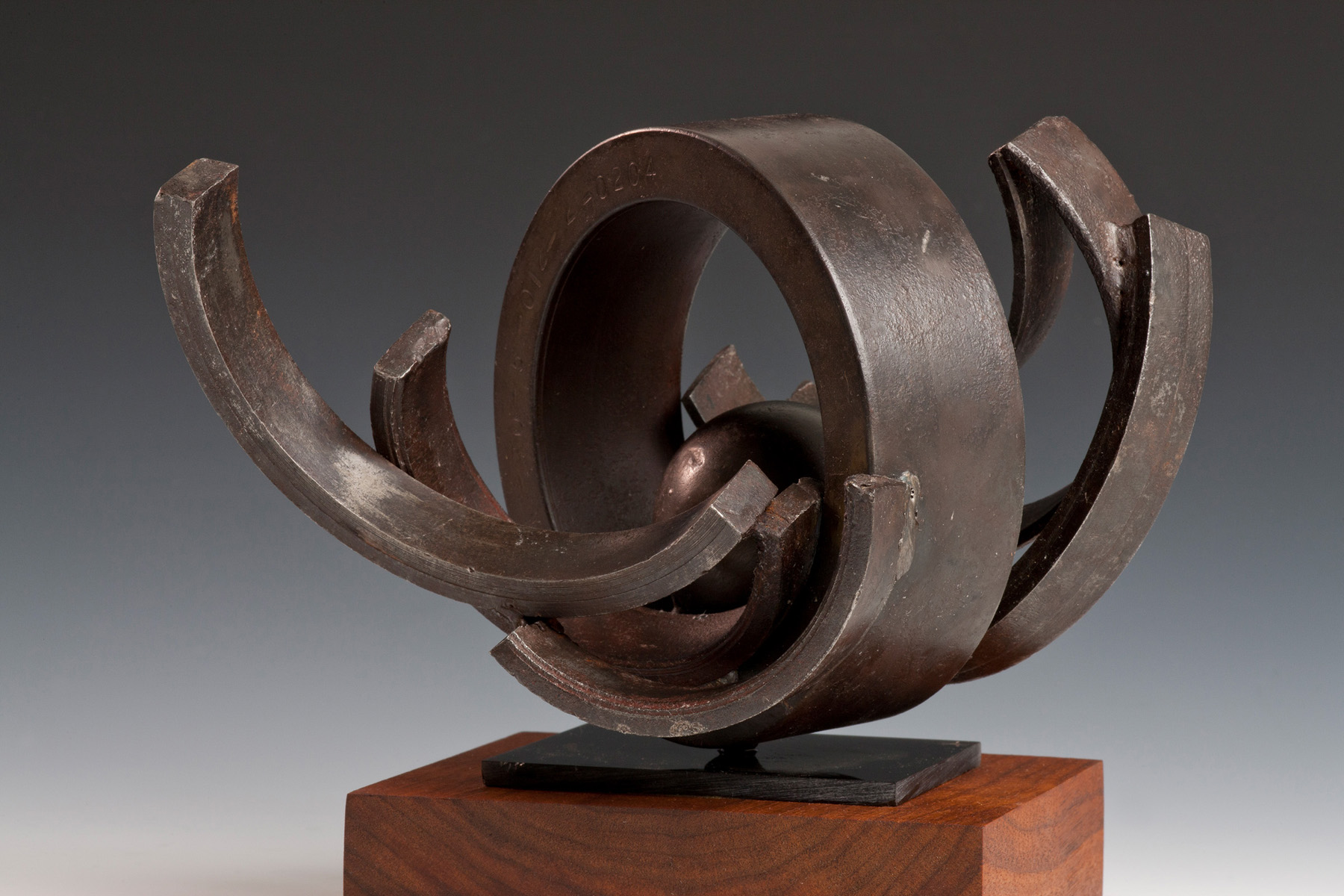 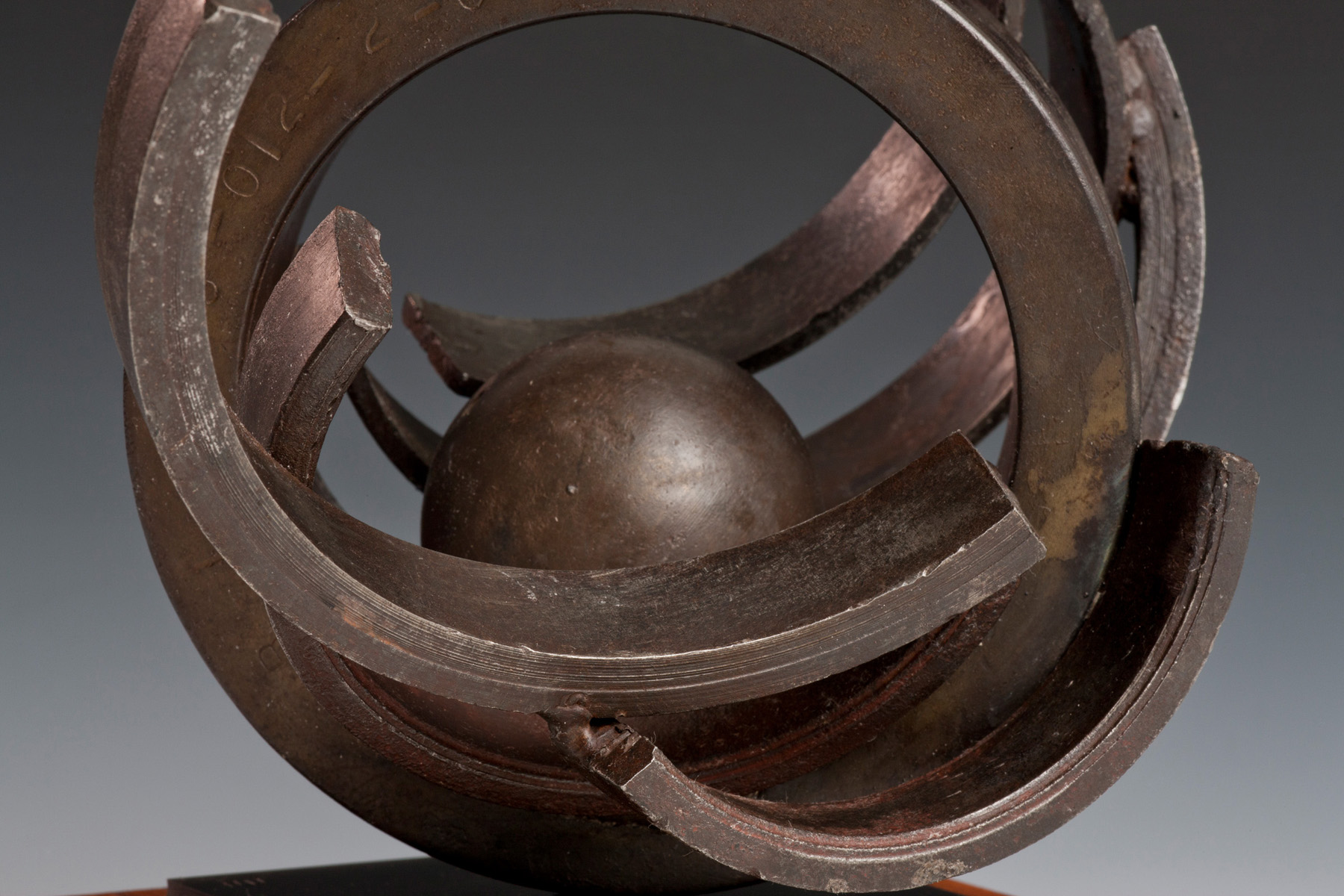 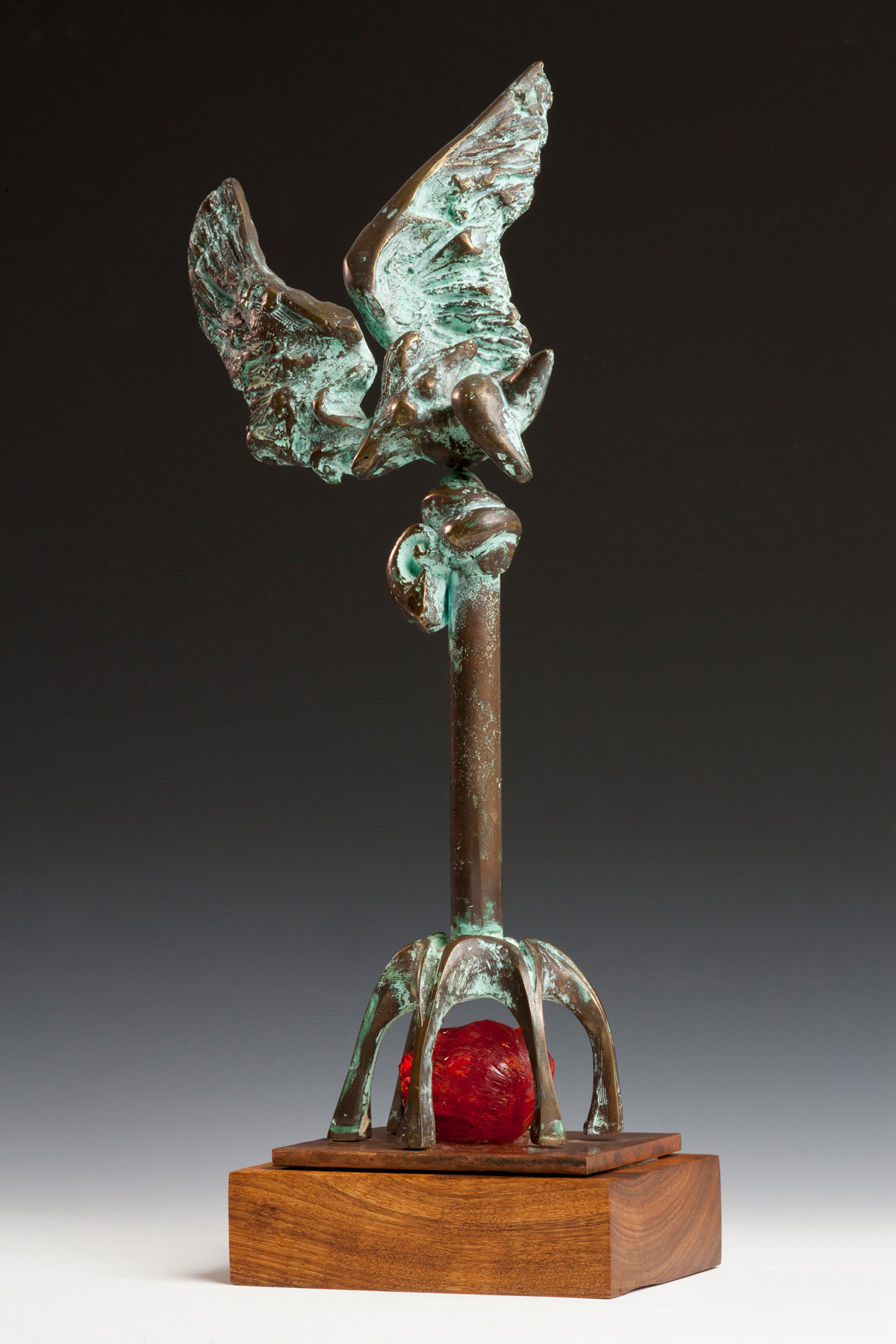 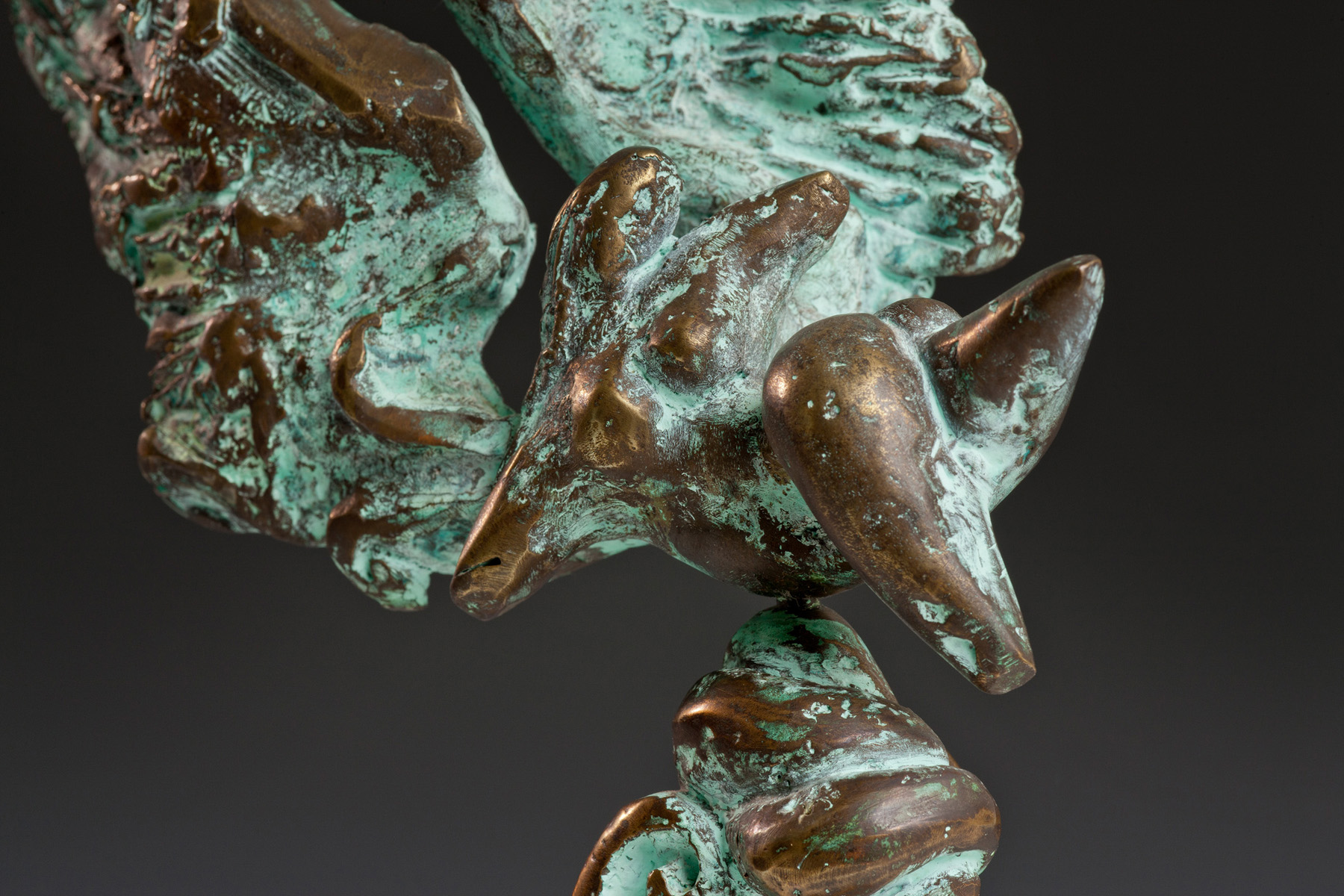 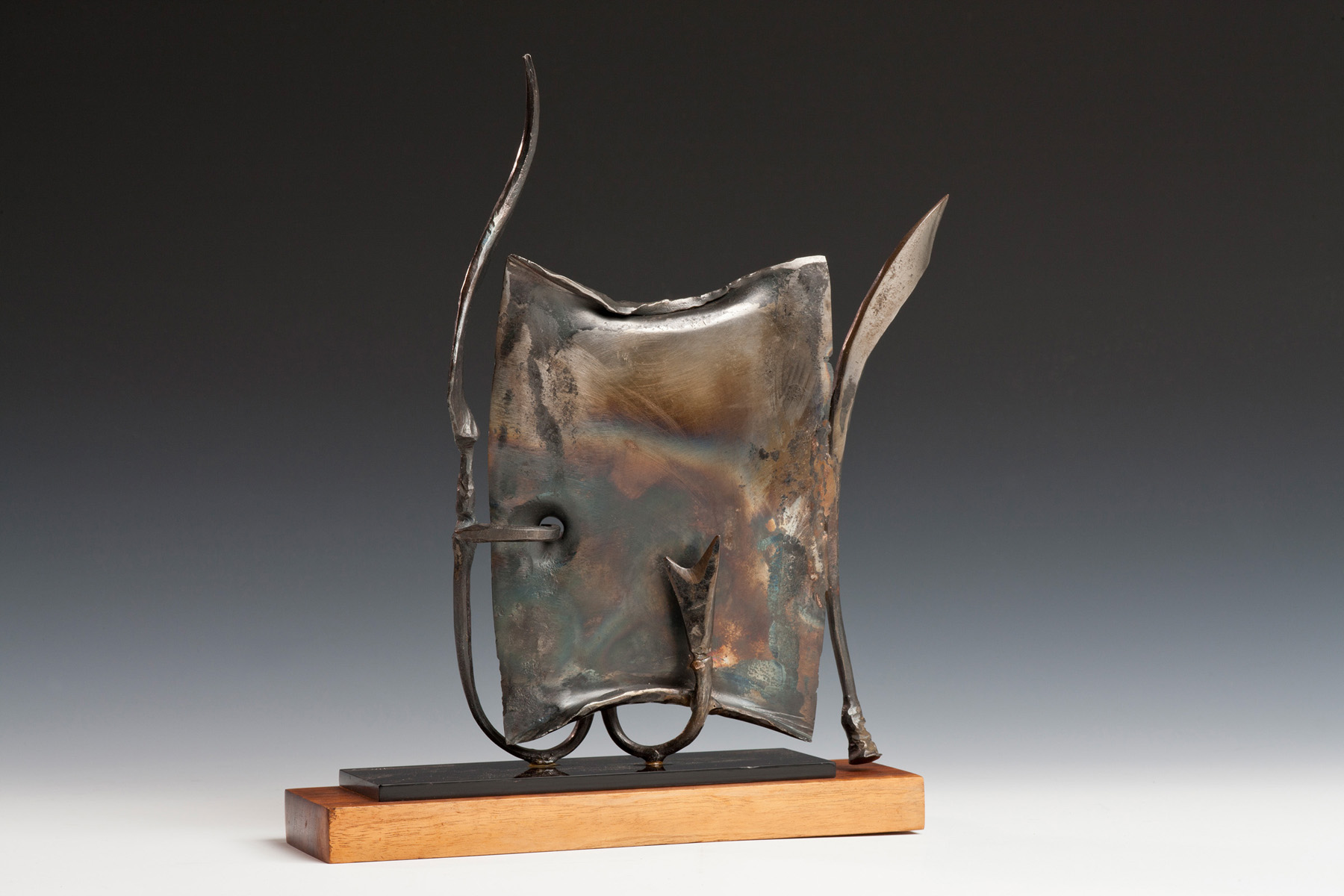 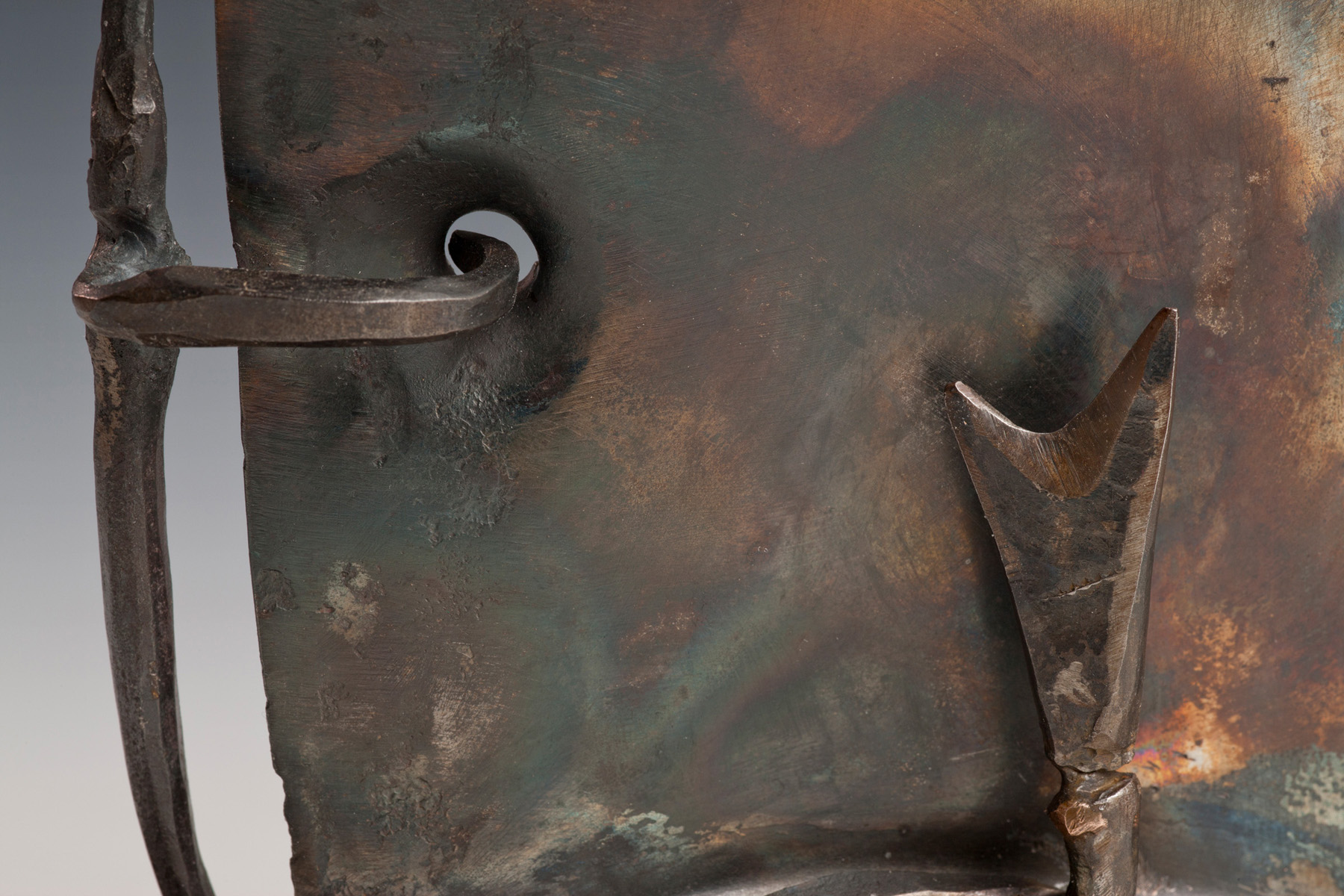 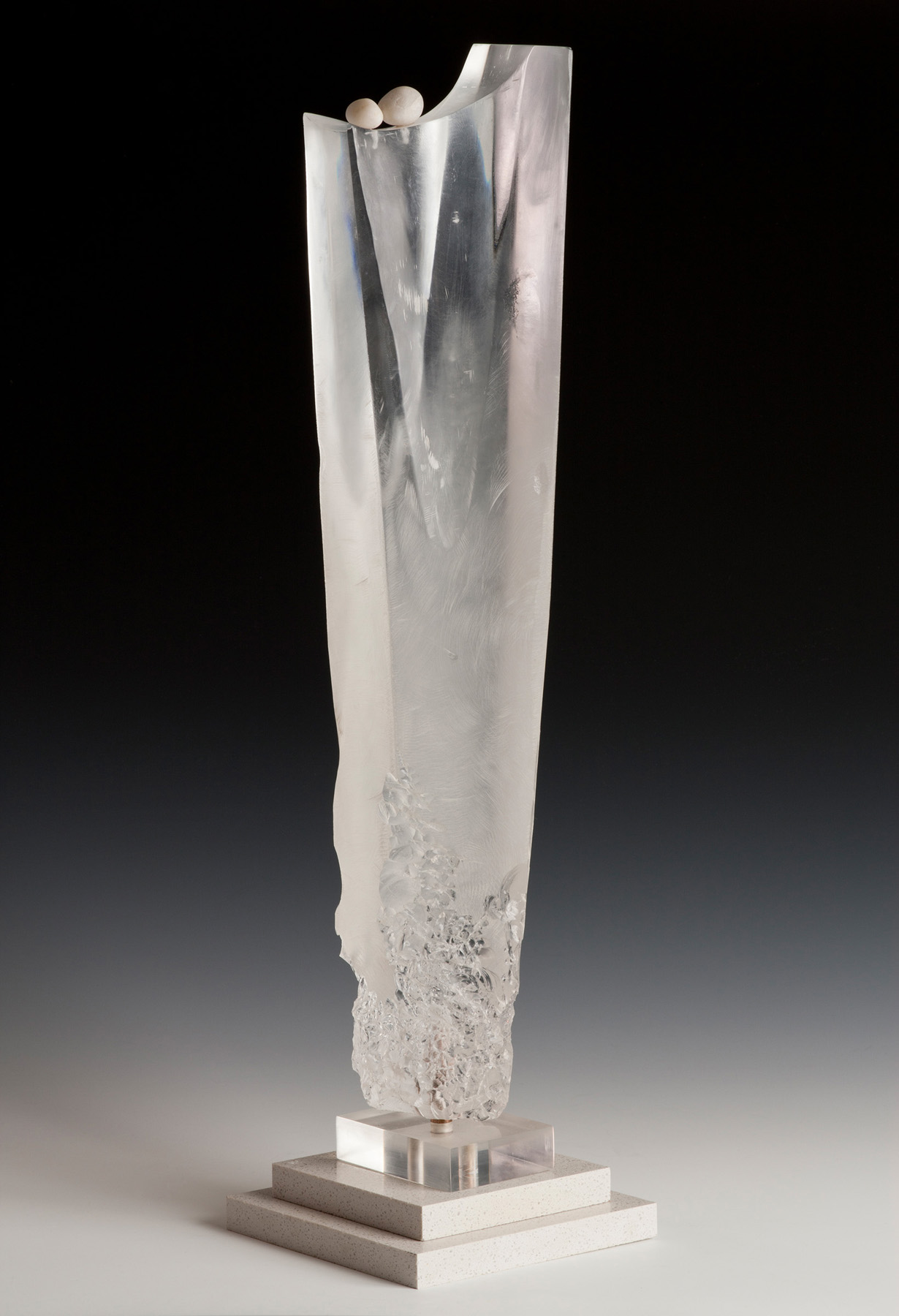 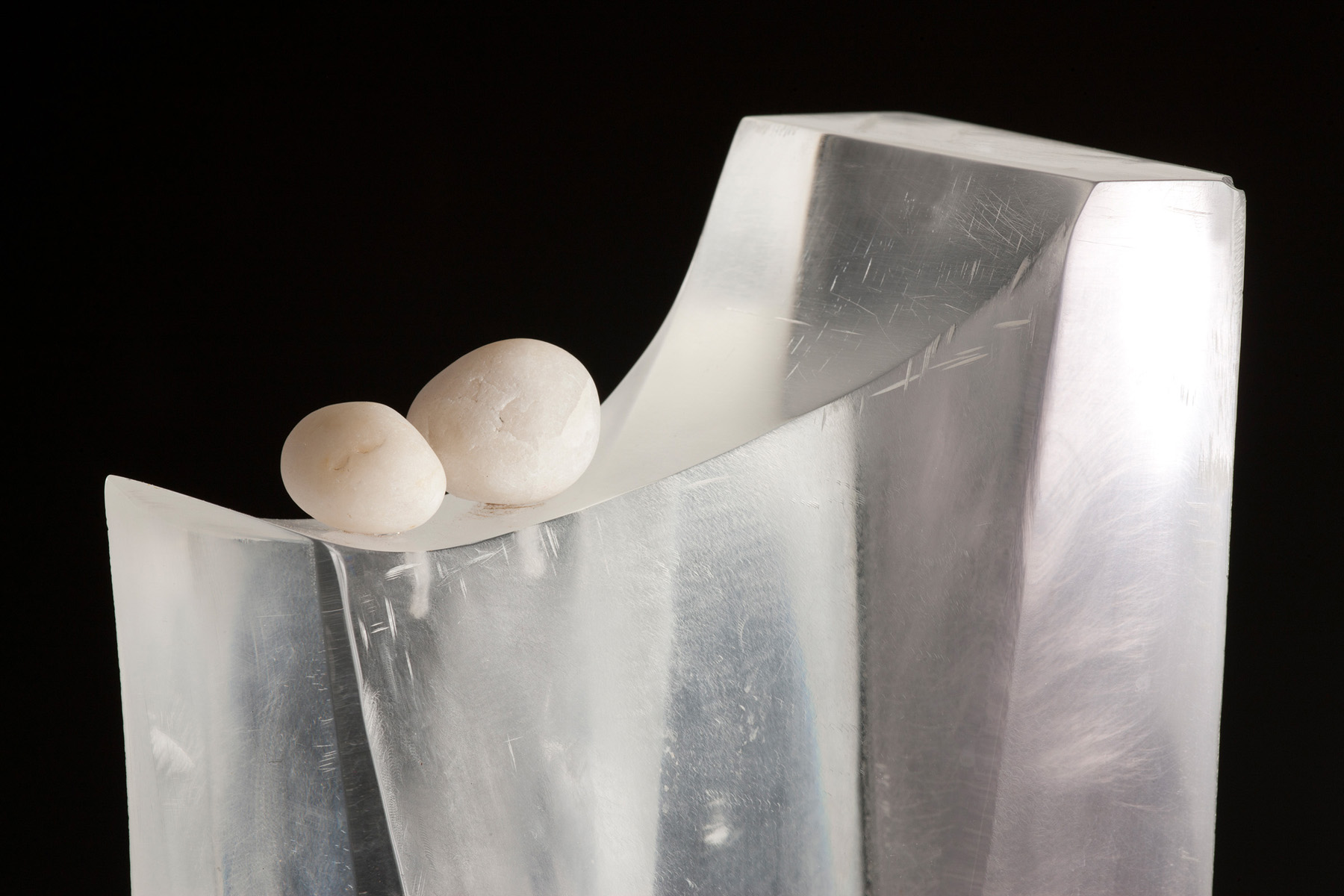 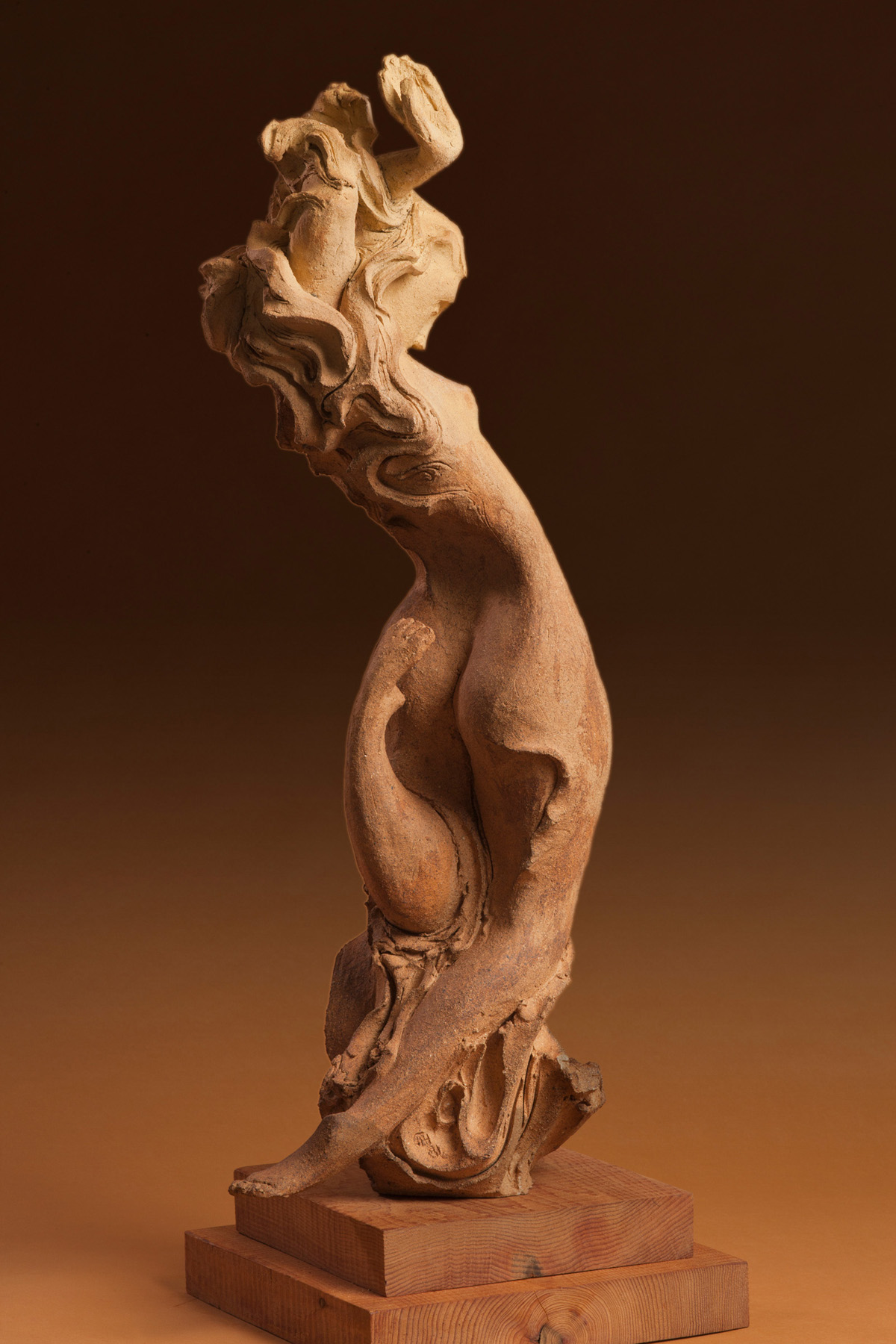 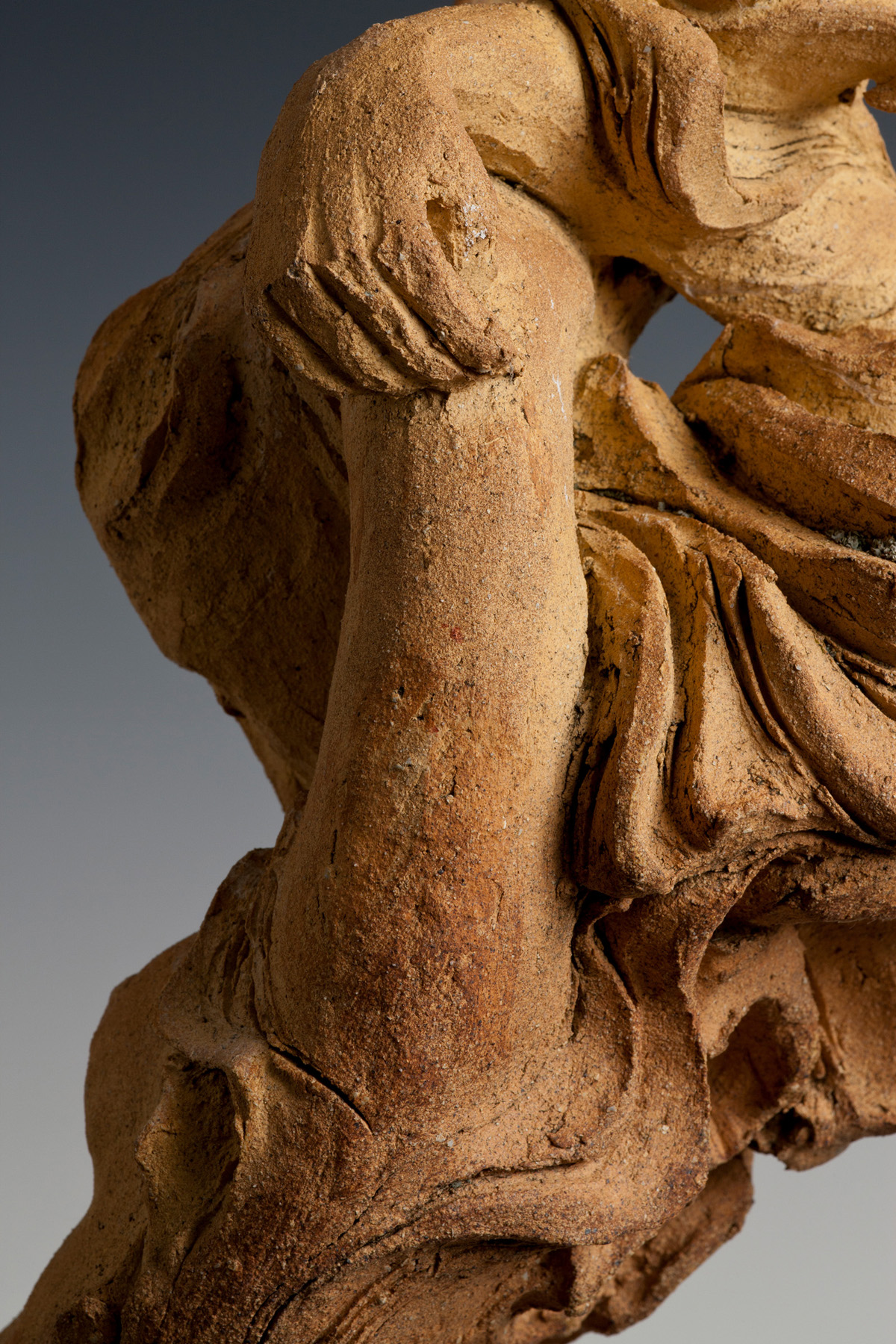 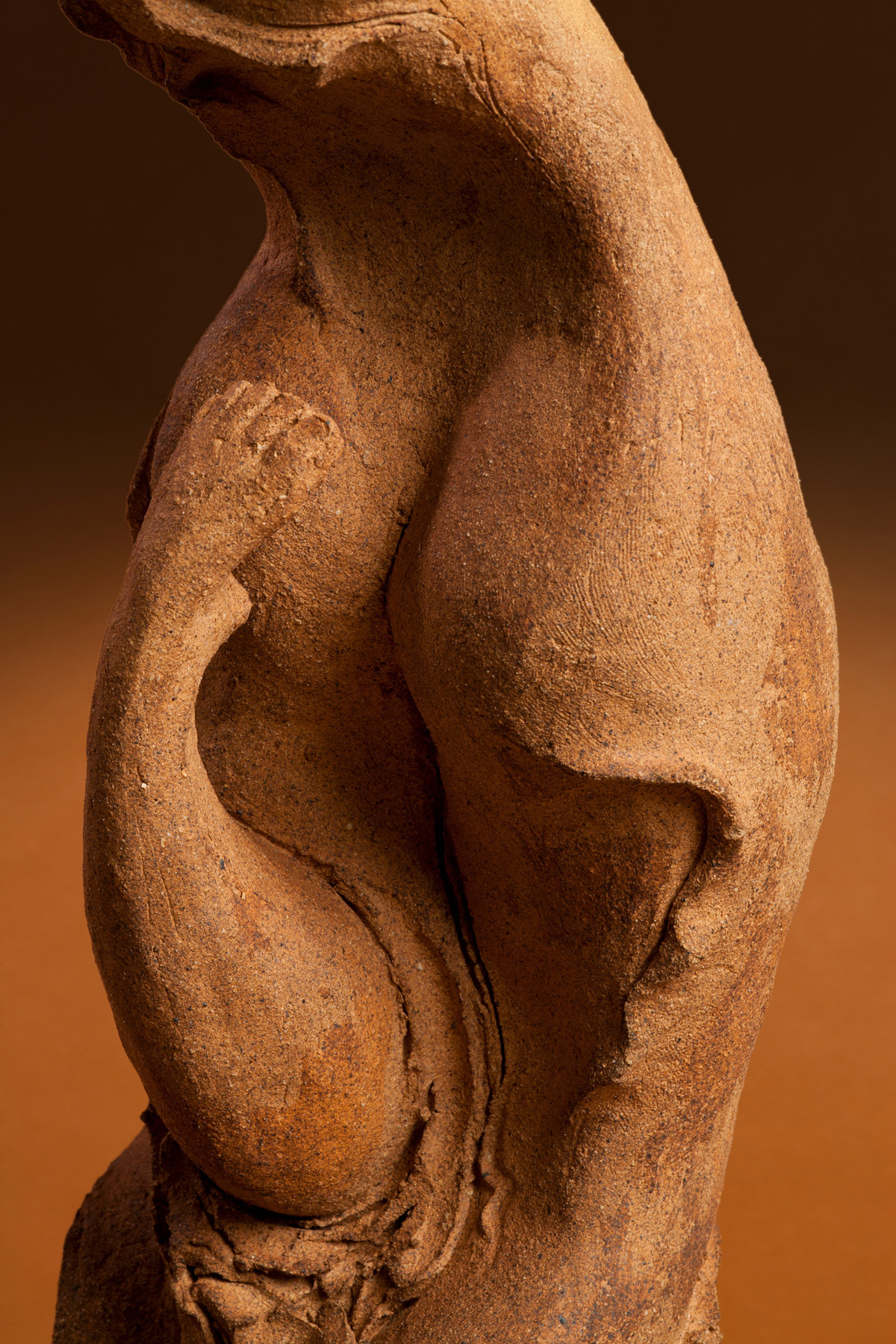 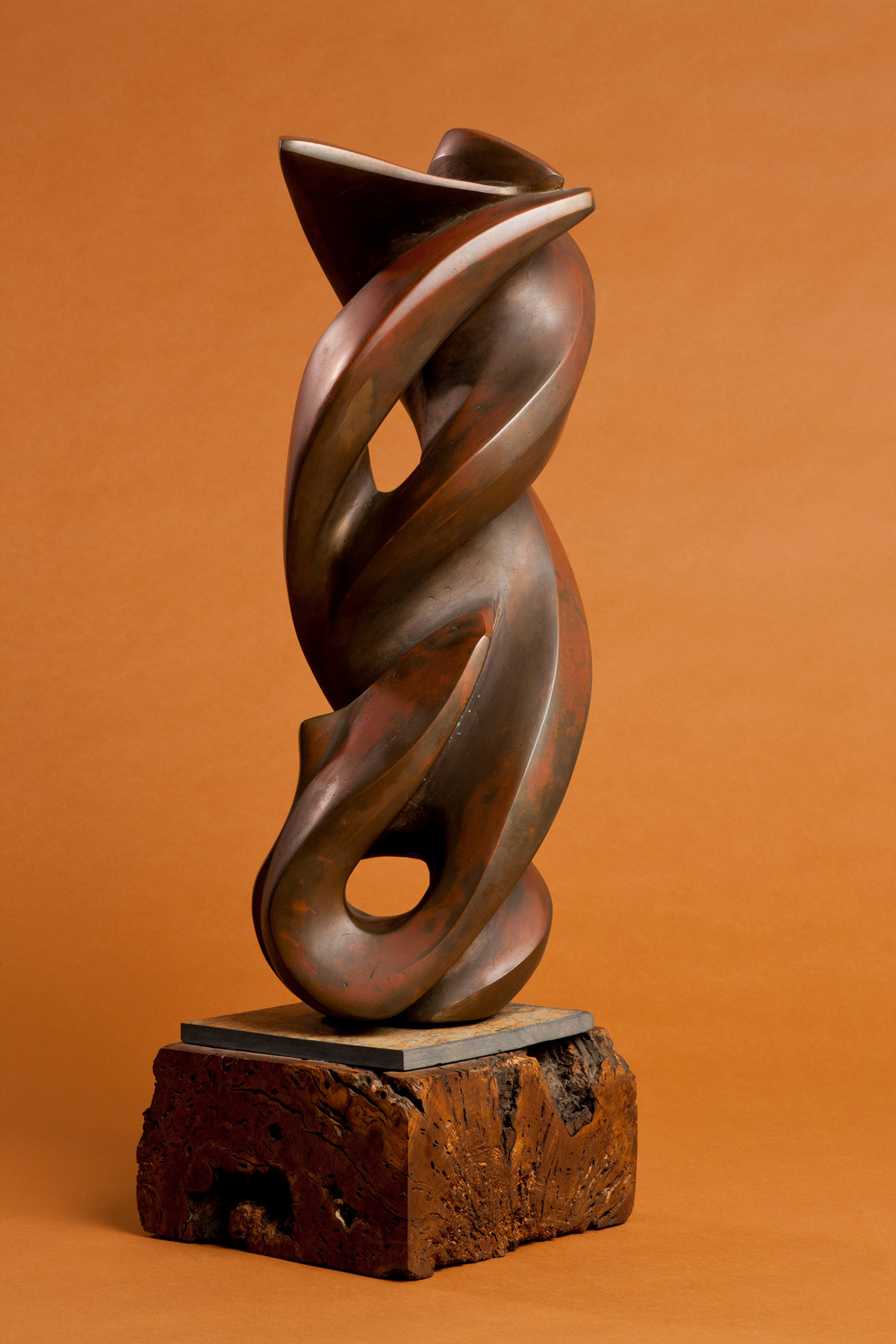 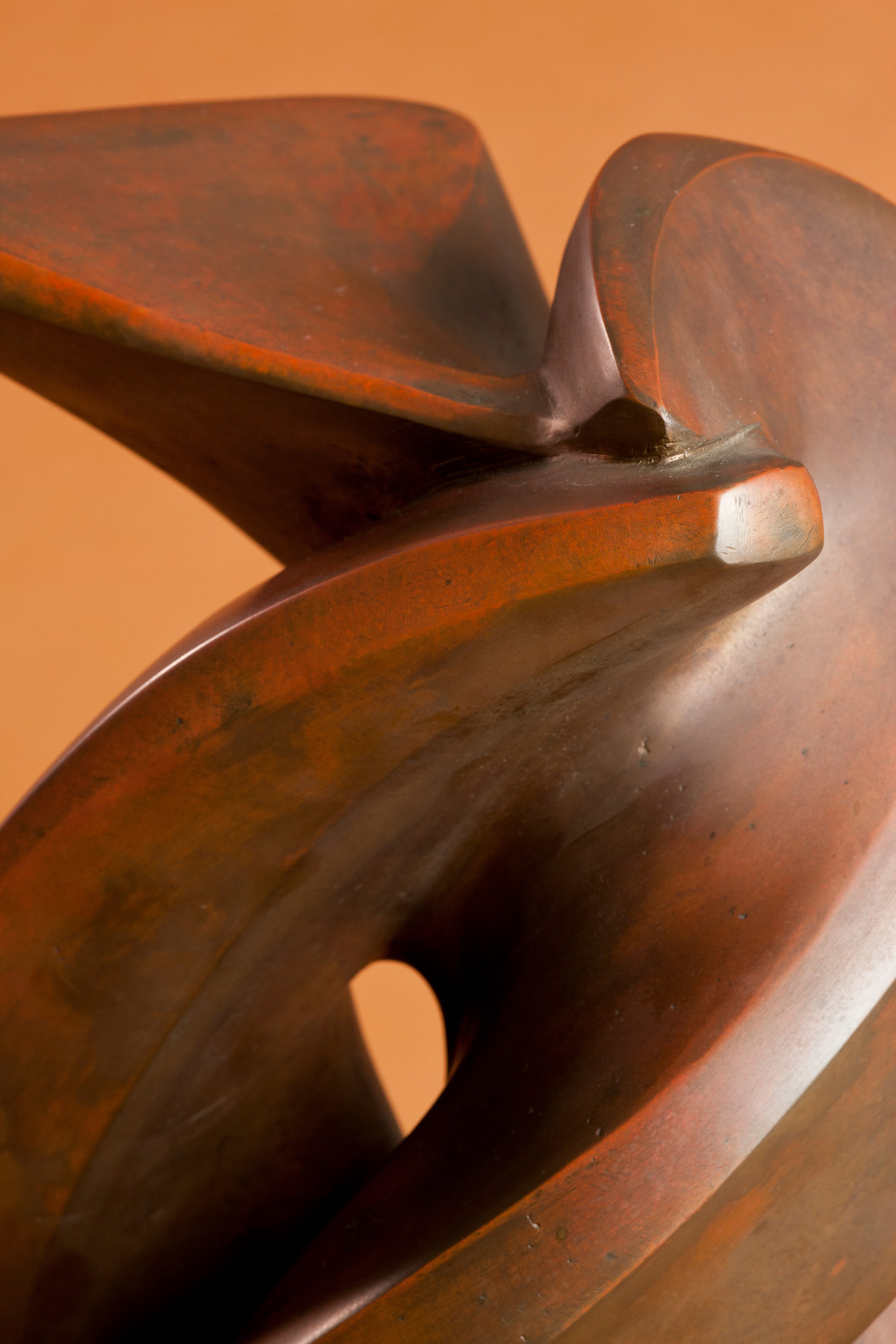 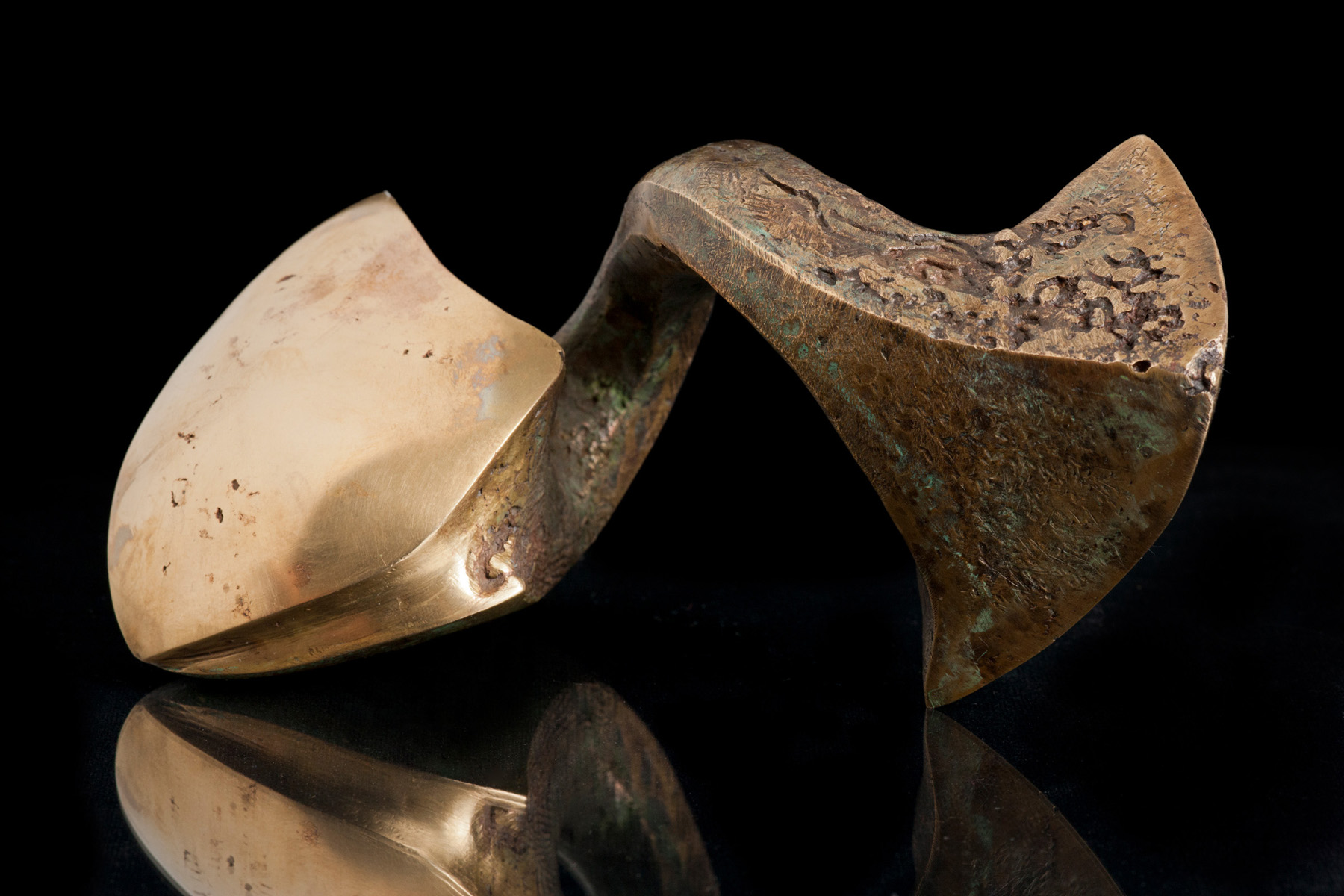 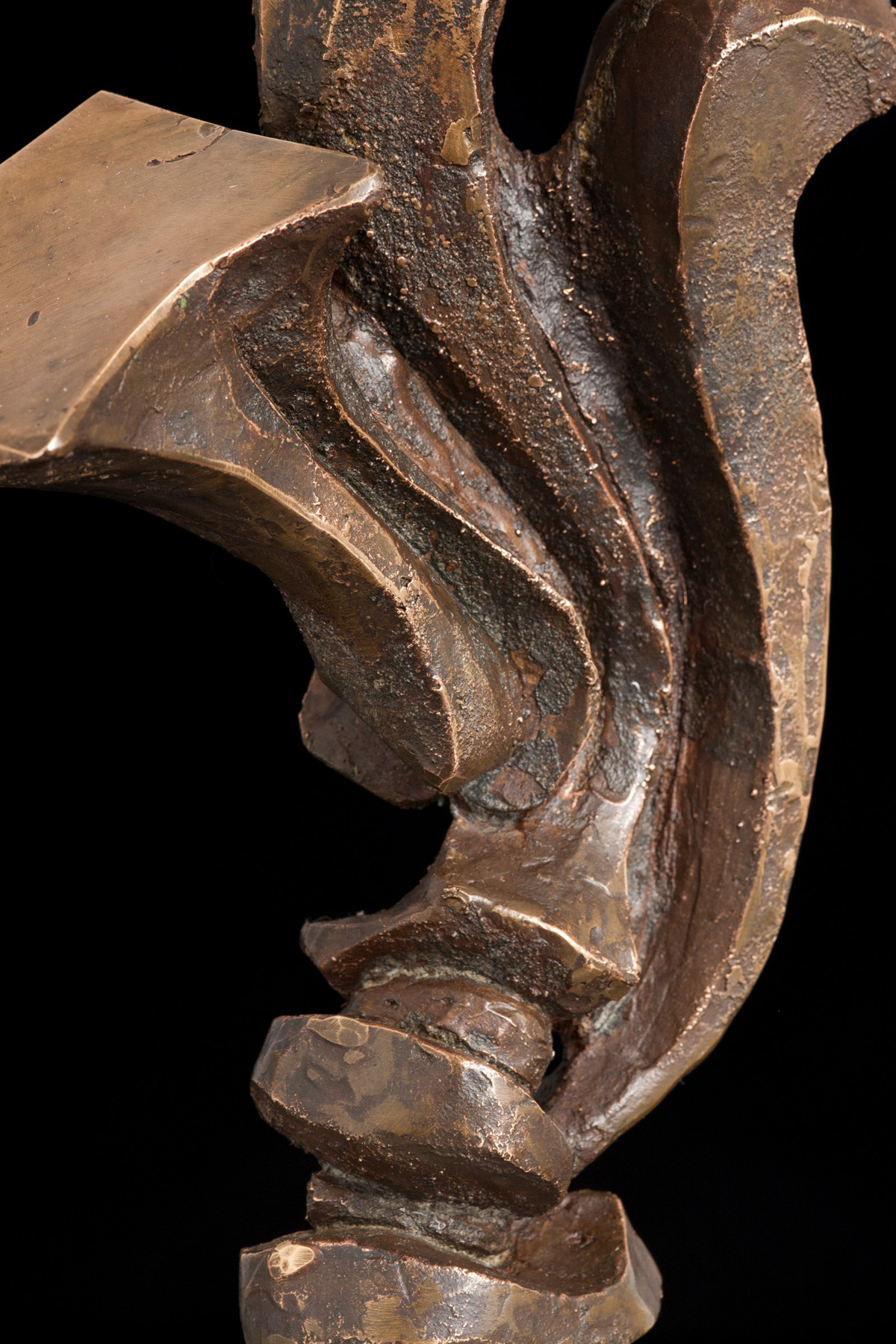 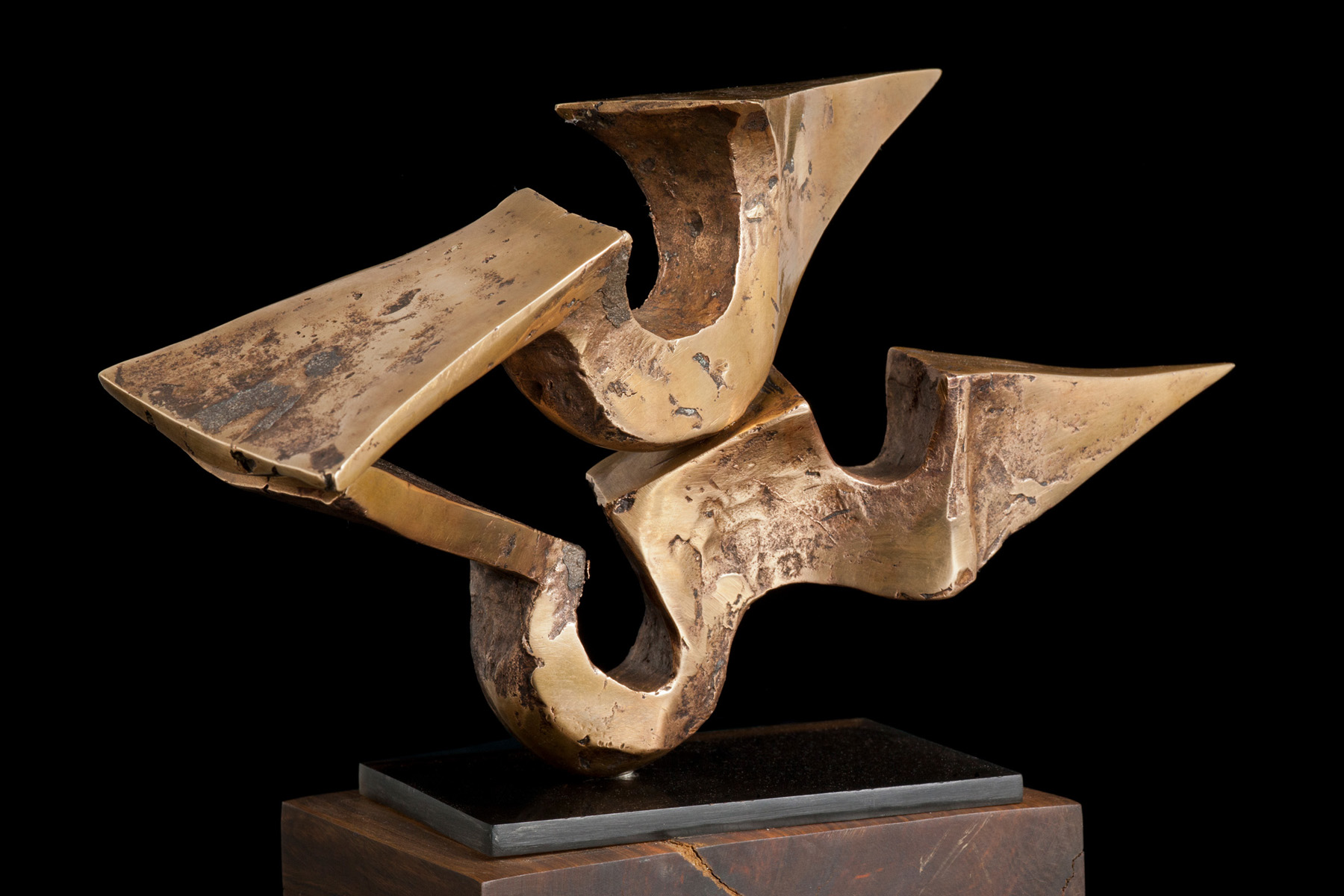 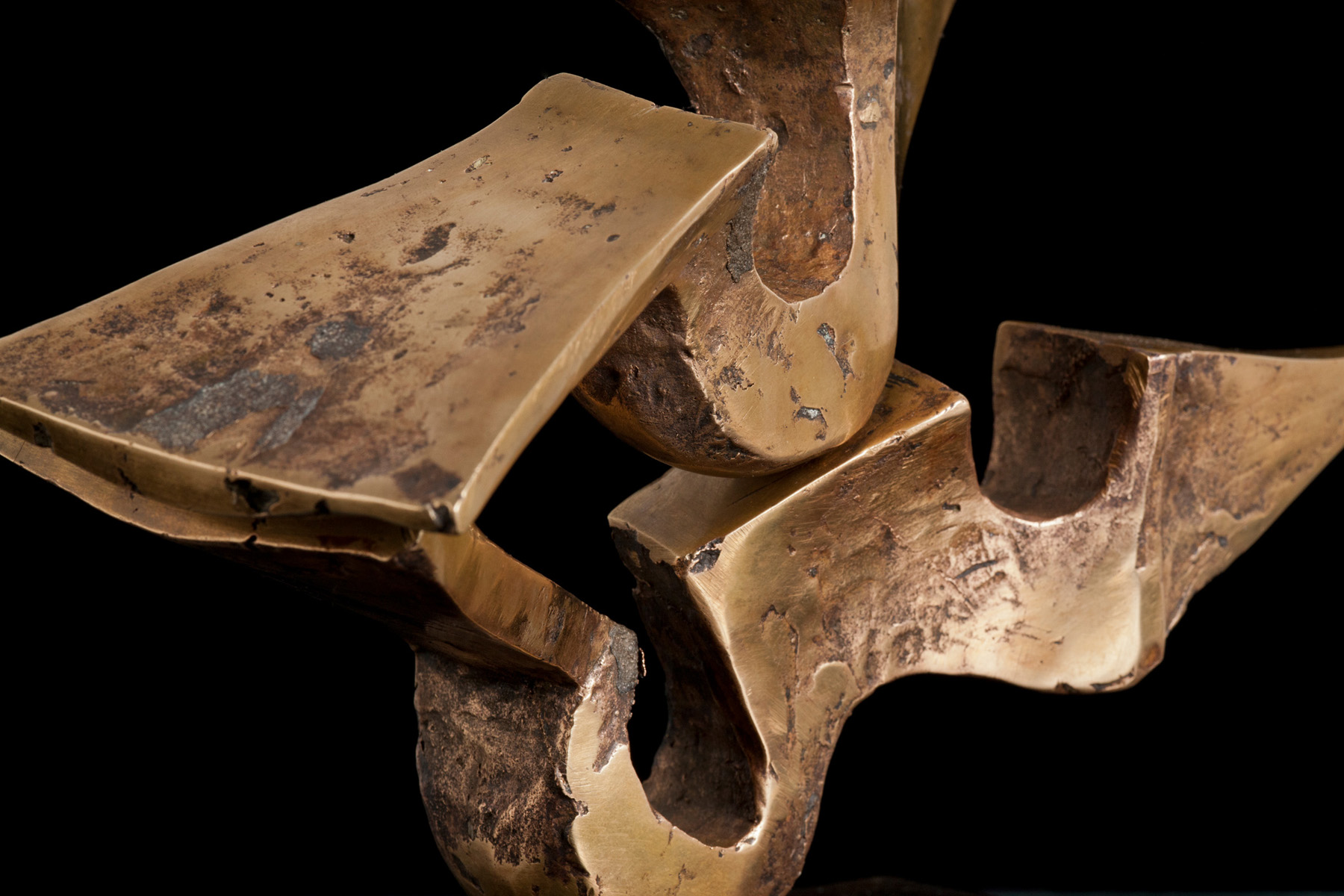 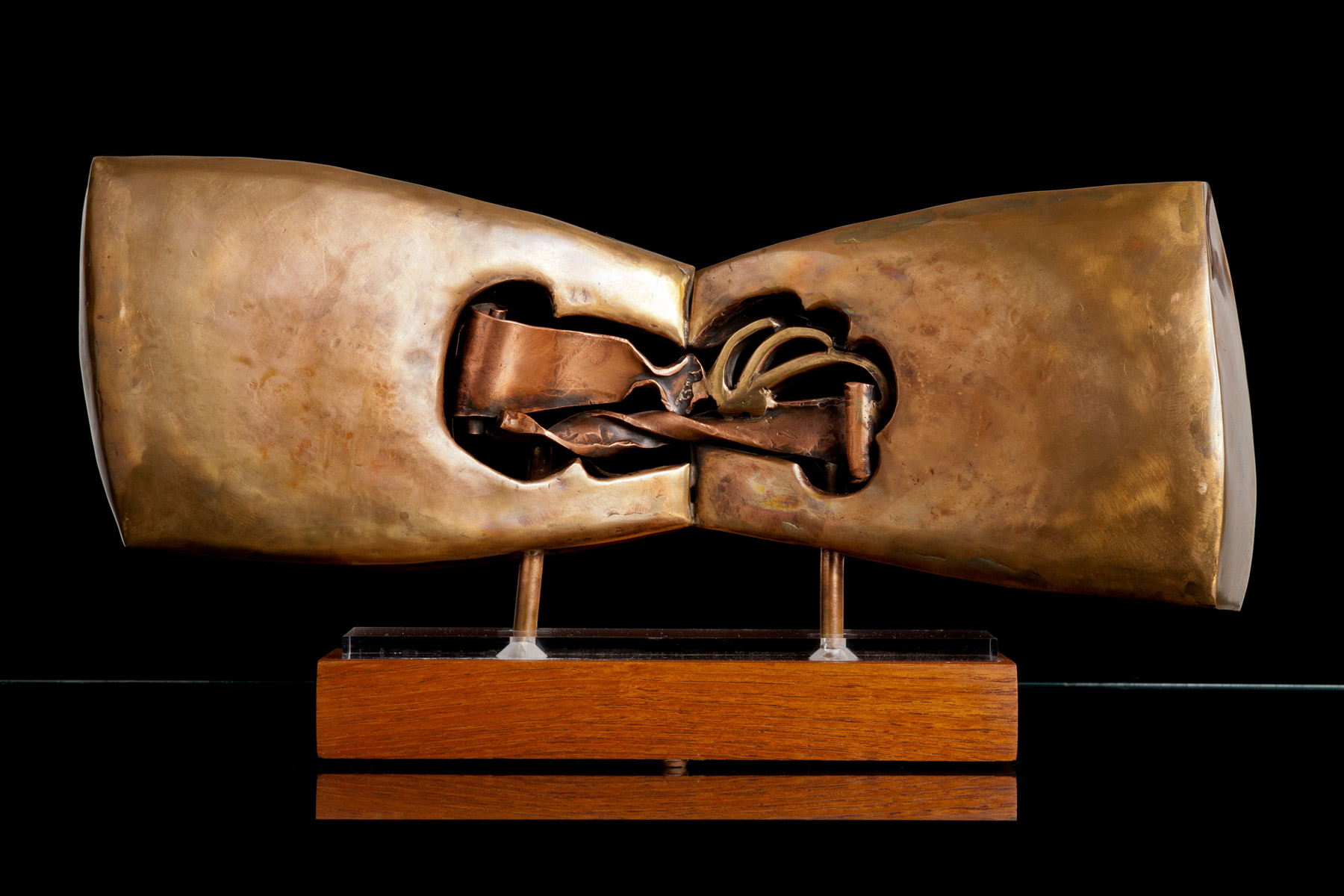 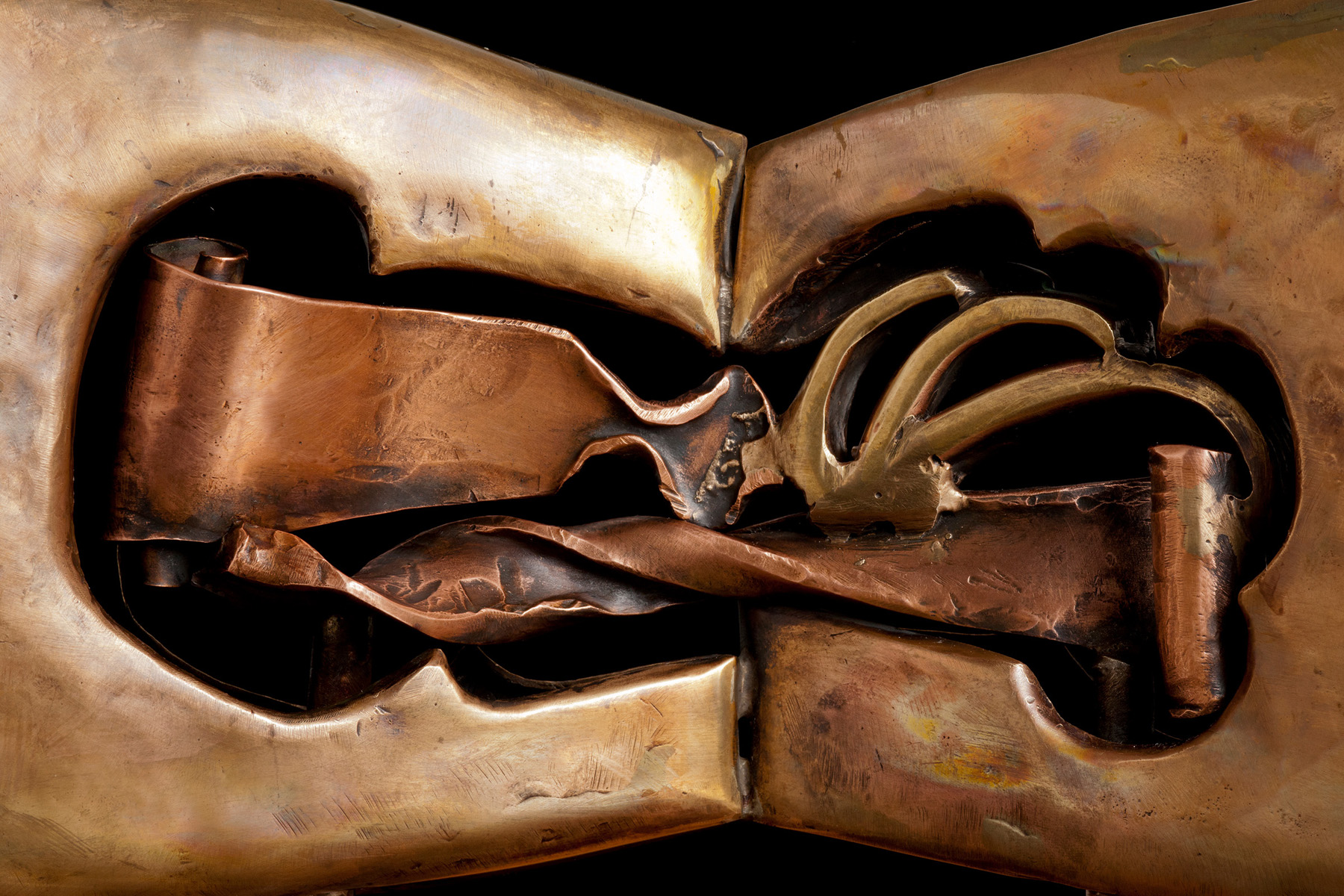 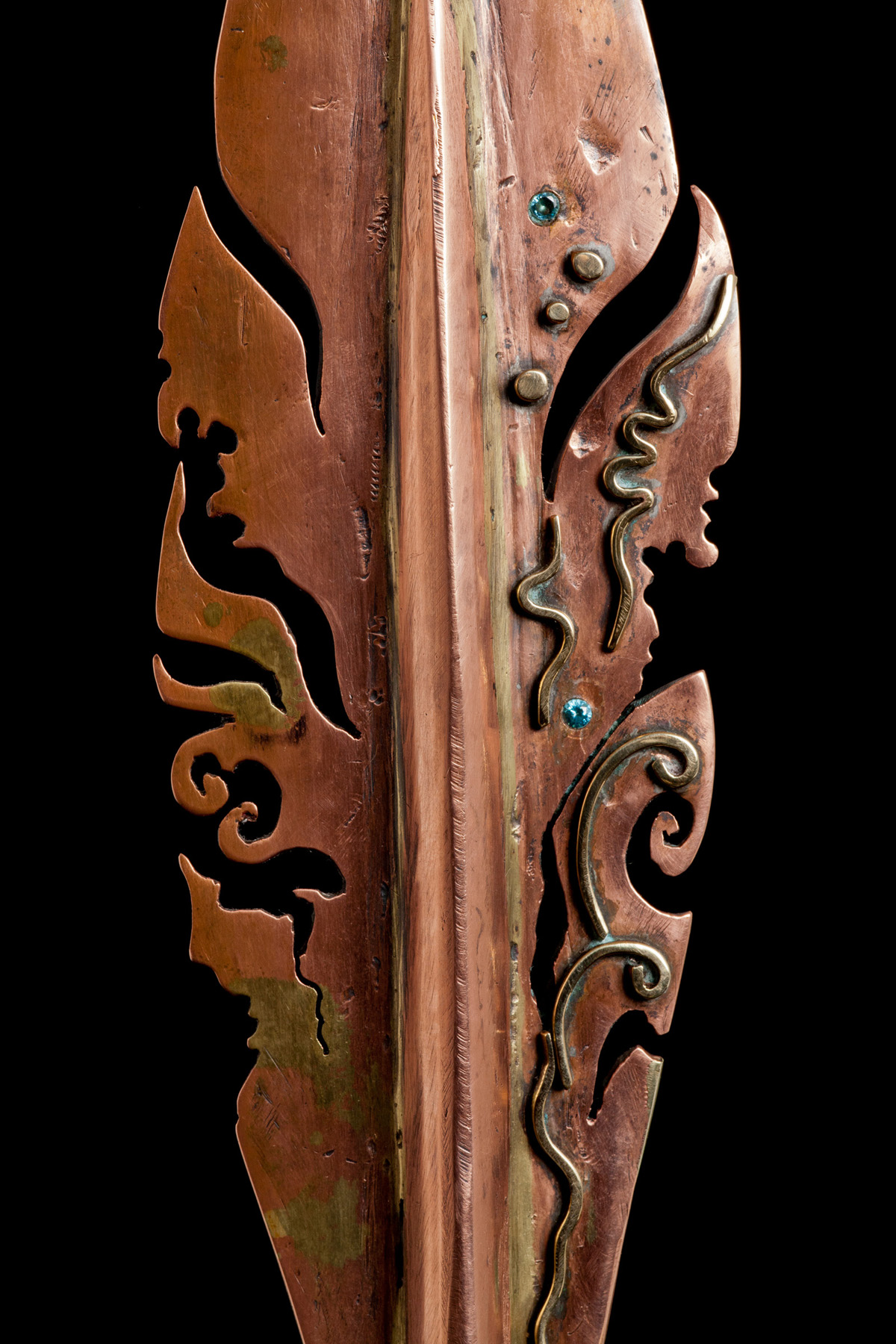 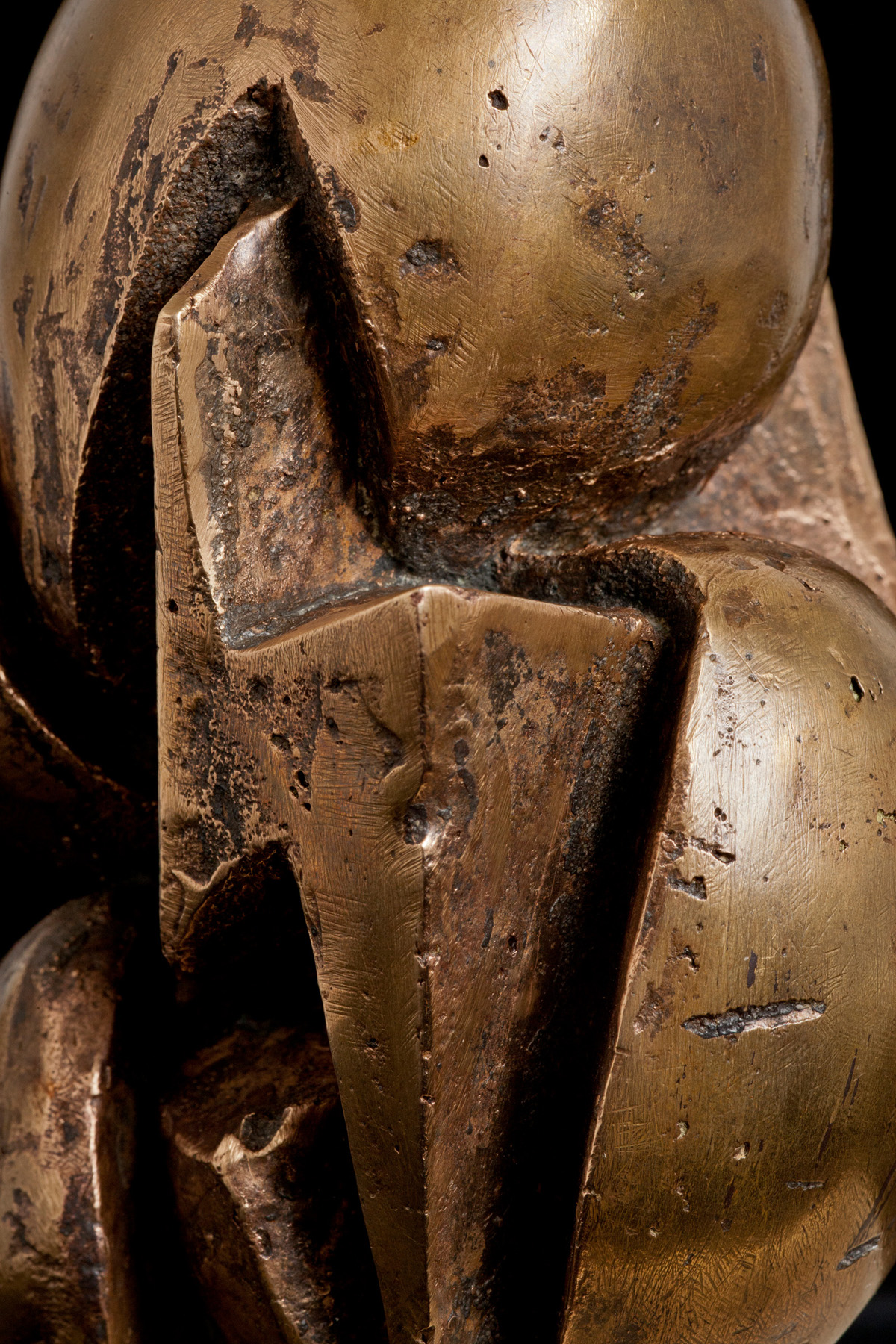 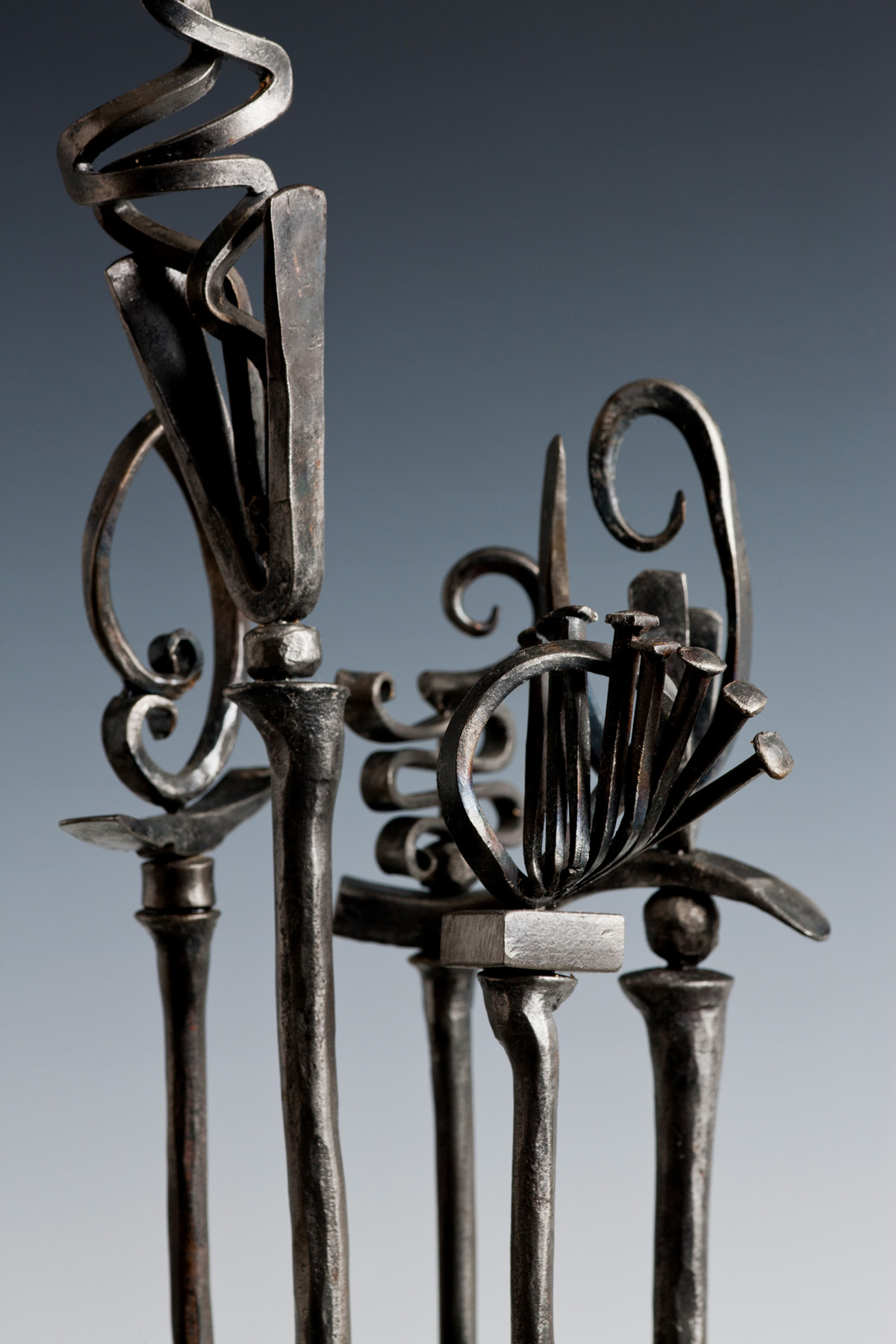 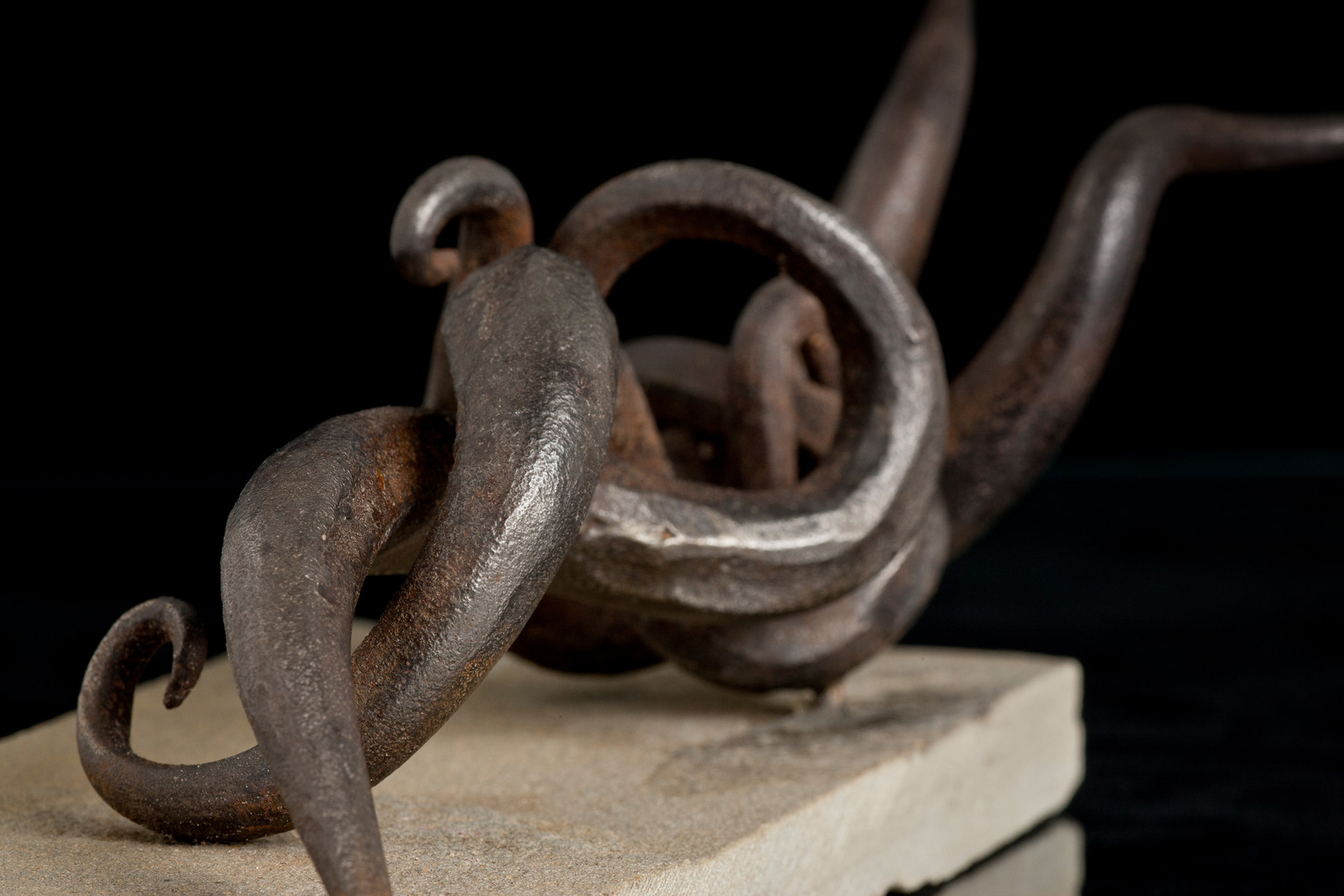