James began sculpting for Mission San Diego de Alcala in 1974 when architect Al Massey introduced him to Monsignor I. Brent Eagan, the Mission’s pastor. Massey had done work on the property as well.

The first piece that Monsignor Eagan commission was the life size statue of St. Junipero Serra in front of the Mission Basilica. Jim researched Serra’s life – getting an understanding of his personality. It was decided that the statue would be fabricated from clay in rich earth tones, as both Eagan and Hubbell felt that clay lent itself well to the Mission and Serra’s character.

After several drawing and a series of models, work was begun on the final statue.

Convinced that the historic drawings of Serra didn’t show “the real and human individual used to great hardship,” Hubbell with the permission of Monsignor Eagan, used artistic license in designing the head to give the sculpture a sense of the saints’ nature and disposition.

Two years later, Monsignor Eagan commissioned Jim to craft the nine sculptures in the niches along the portico. Again the artist and pastor brainstormed and discussed ideas, finally settling on statues that would emphasize not only the nine missions that Junipero Serra built and dedicated, but also the patron saint of each mission.

In order to aid James as he researched the lives and characters of these saints, Monsignor Eagan gave him a red leather bound two volume set of books that told the lives of the saints.

With the completion of these works, Jim made a total of eight more sculptures for the Mission, completing his final piece with the support of Monsignor Thomas Prendergast. 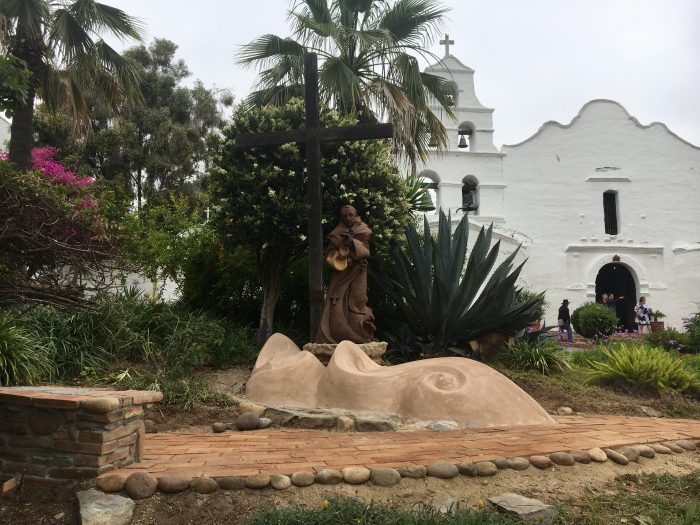 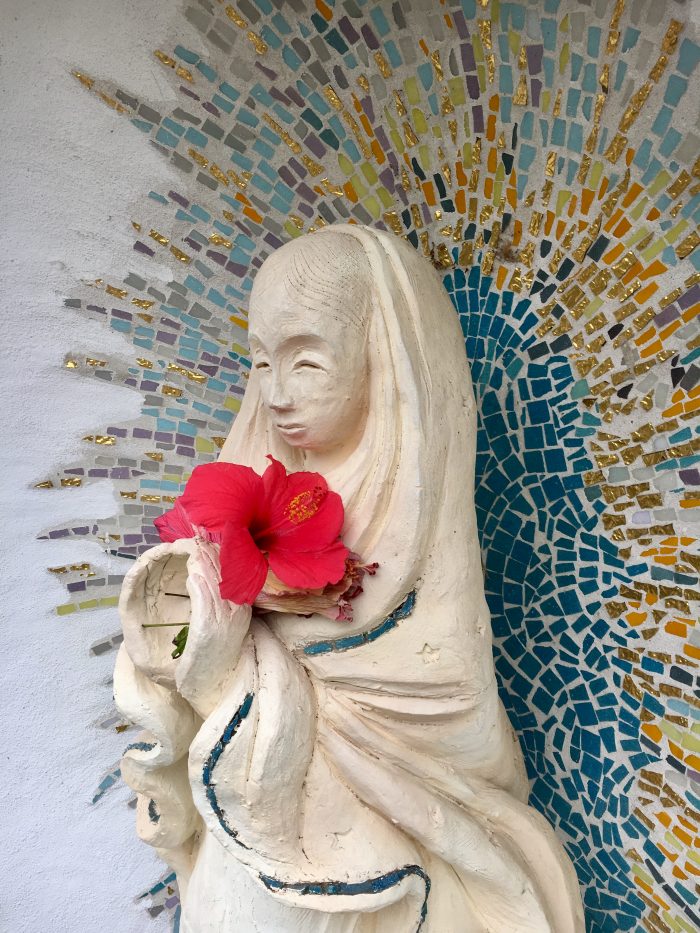 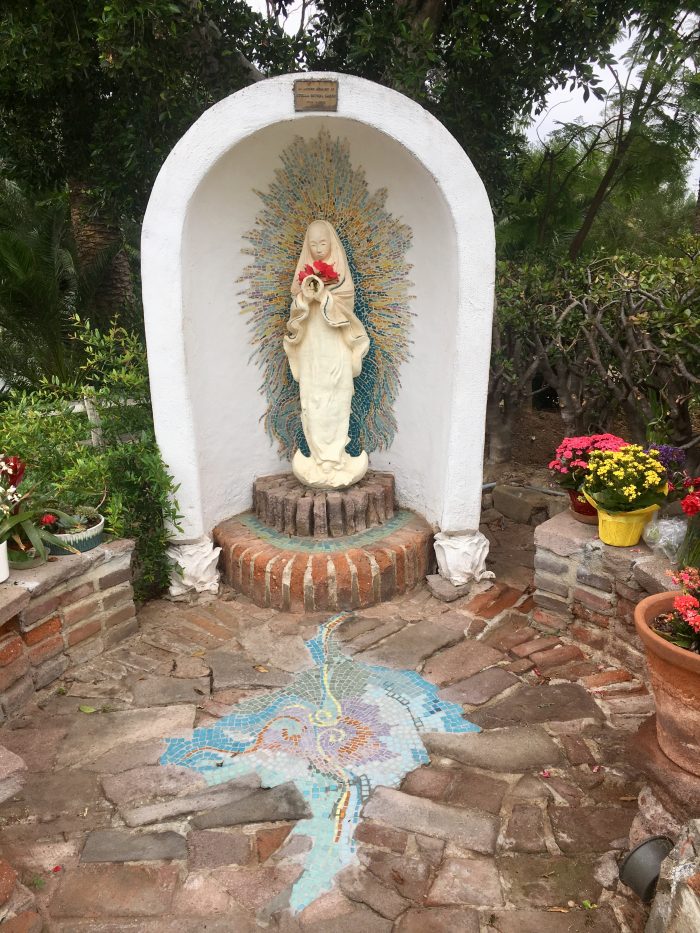 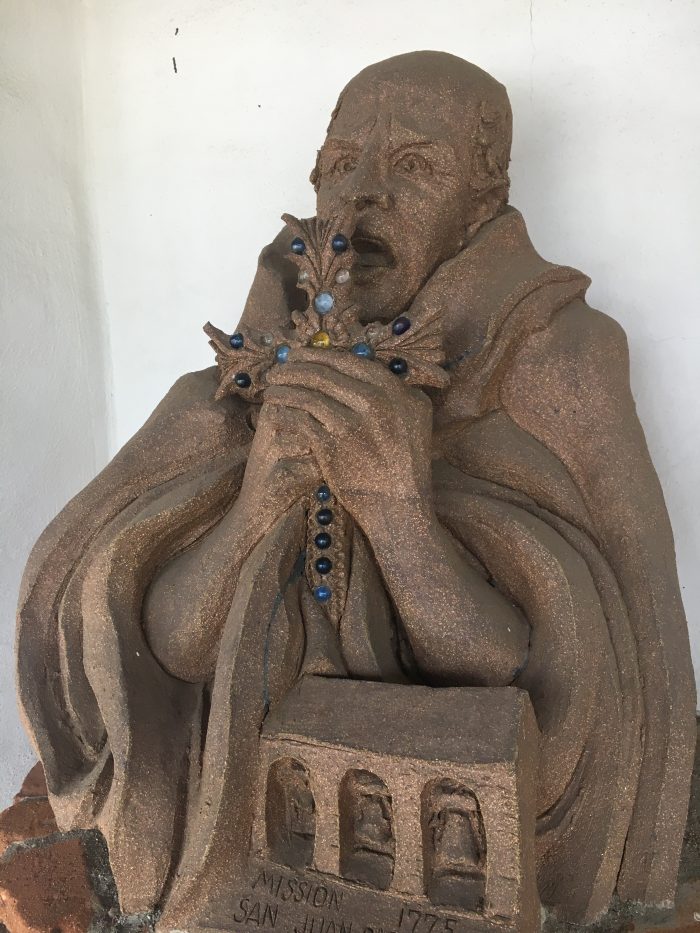 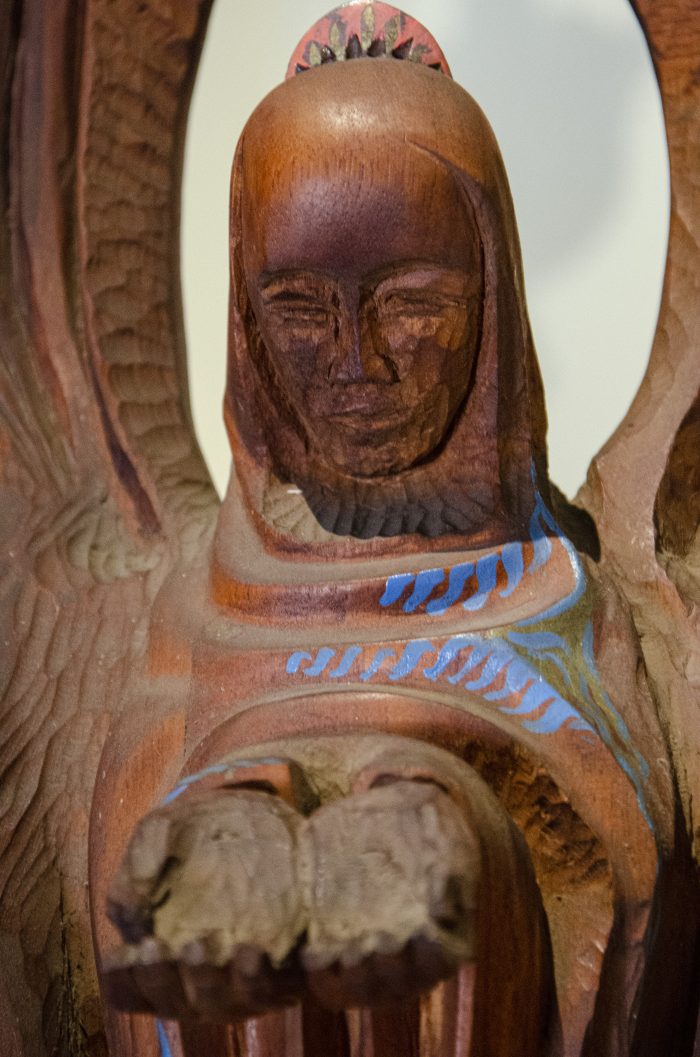 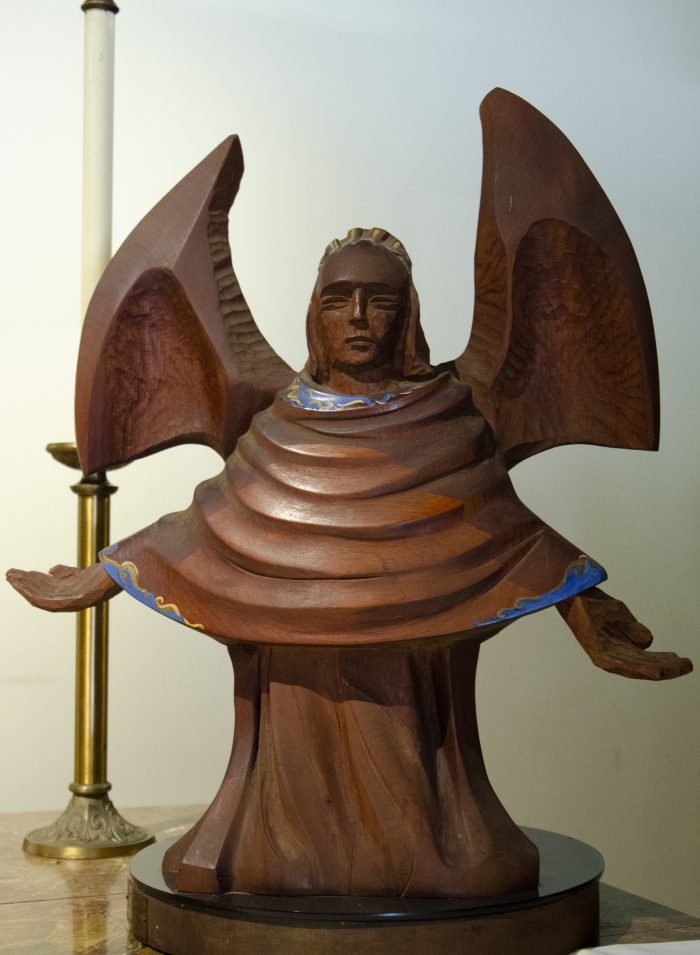 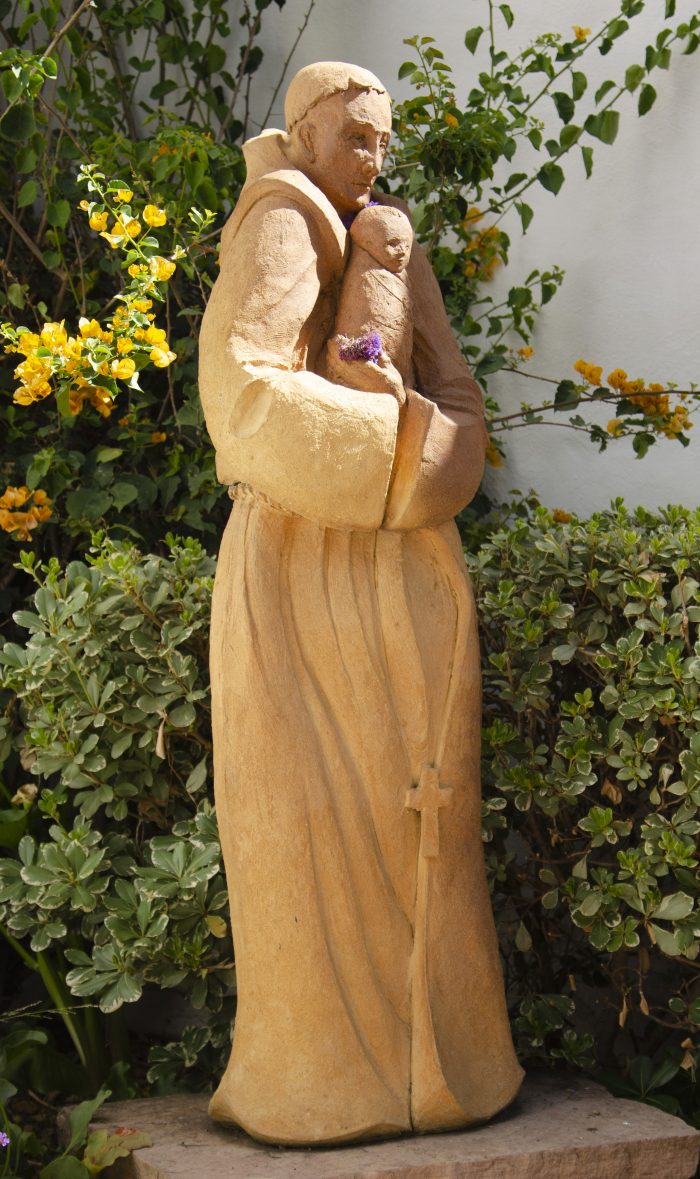 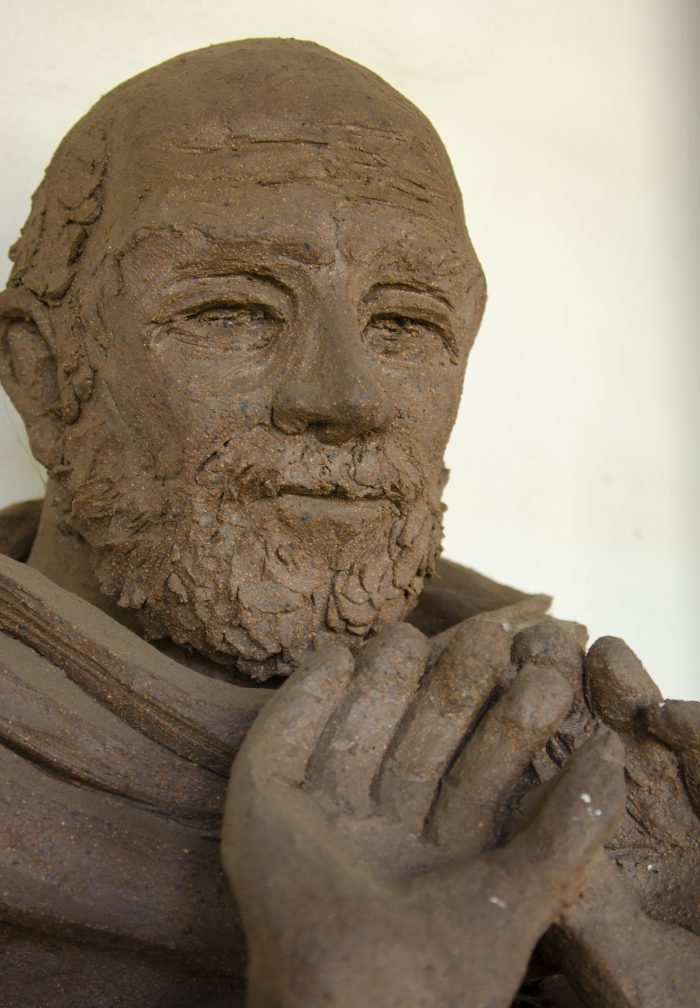 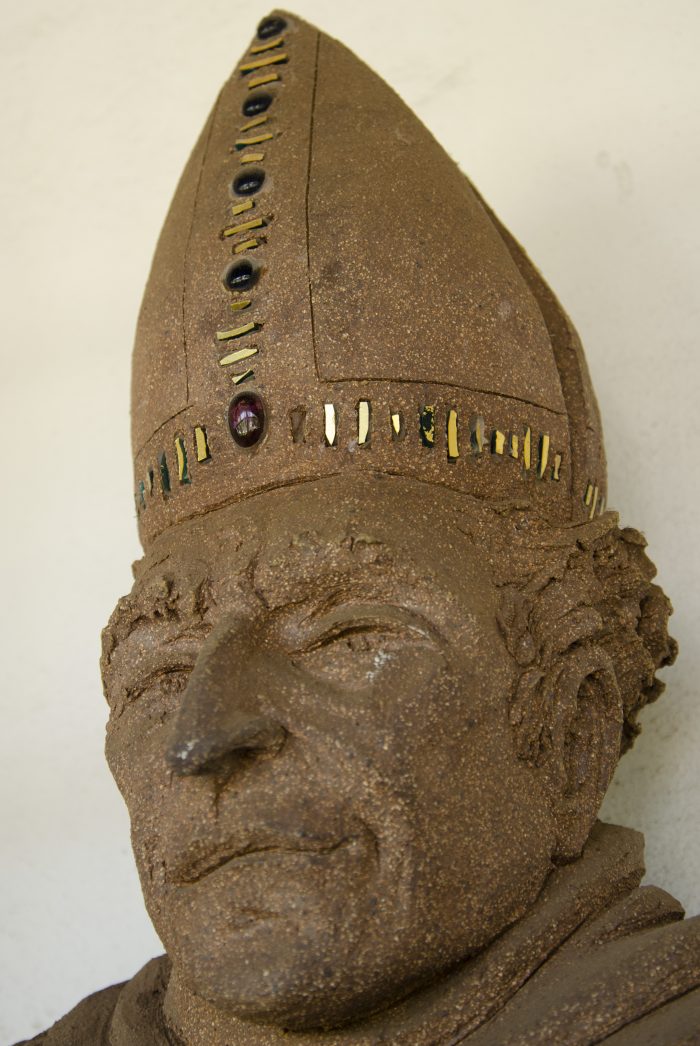 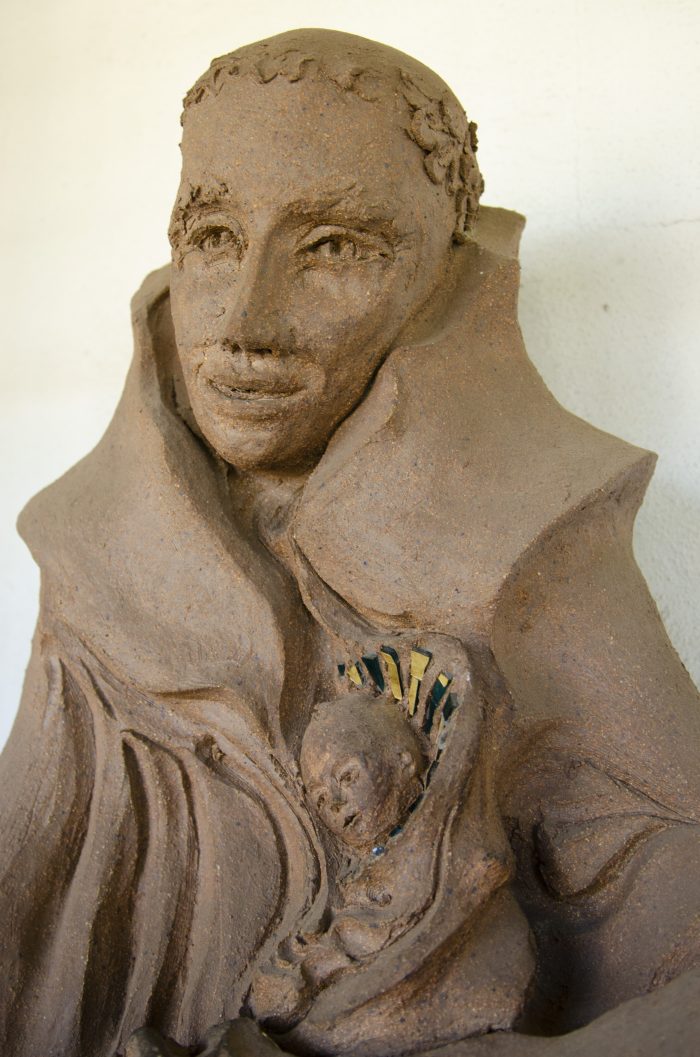 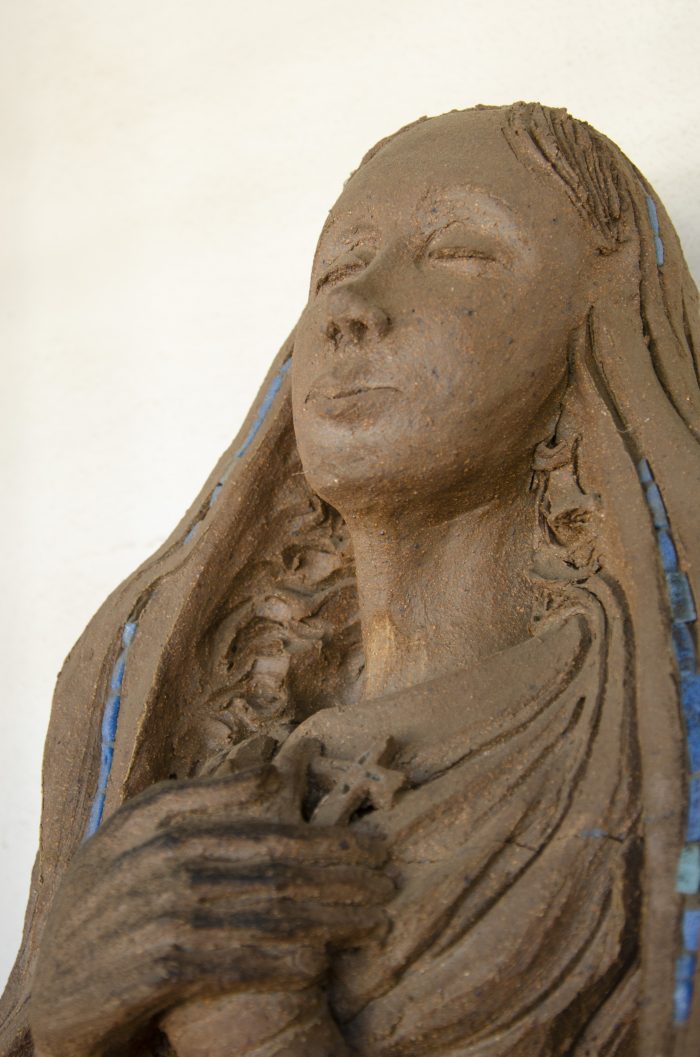 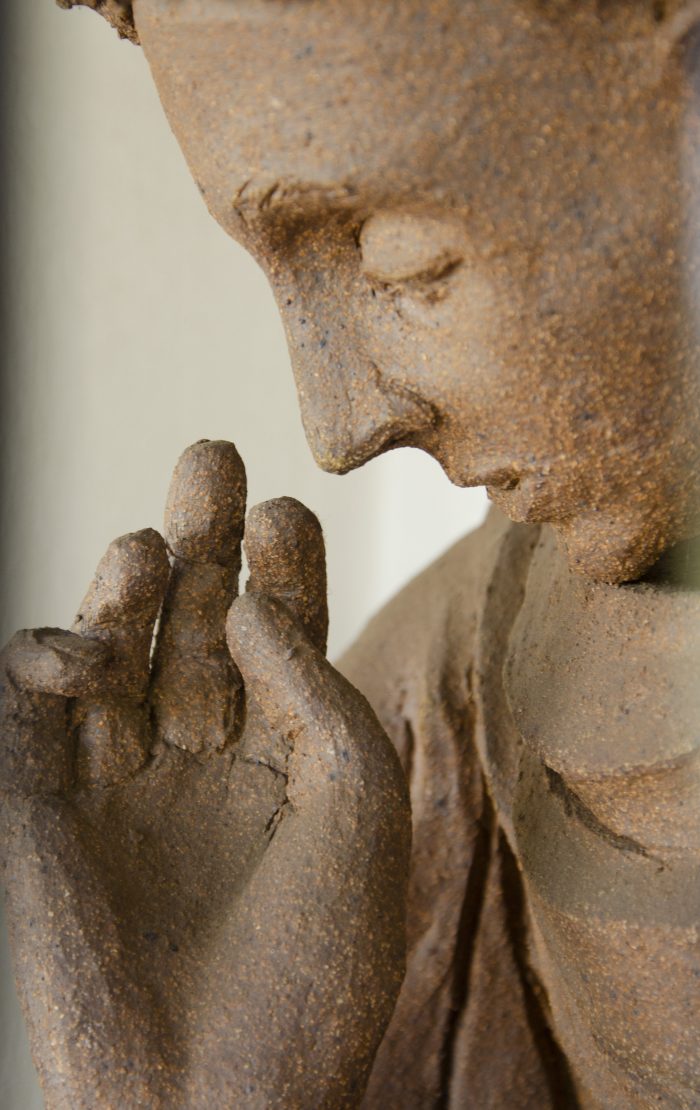 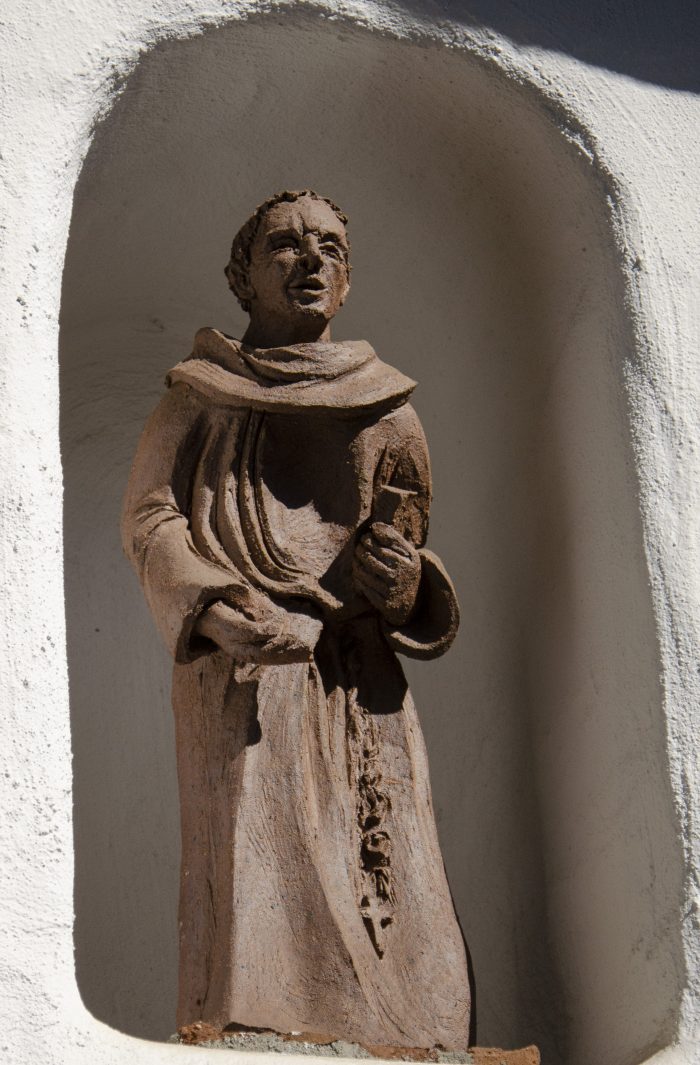