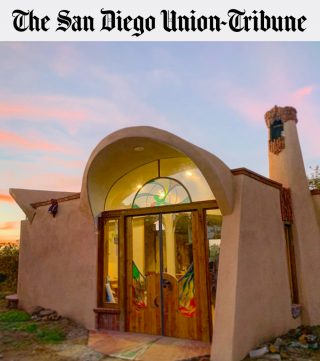 By PAM KRAGEN  |  MARCH 25, 2019
Before the pandemic, on every Father’s Day for 36 years, famed artist-sculptor James Hubbell and his wife, Anne, opened up their historic Ilan-Lael home and art compound in Santa Ysabel for an open house that drew admirers from around the world. Last year’s Father’s Day tours were canceled, but this spring, the Hubbells will welcome in-person visitors once again. To accommodate both pent-up demand and new social-distancing rules, the docent-guided group tours have been expanded….>Read full article 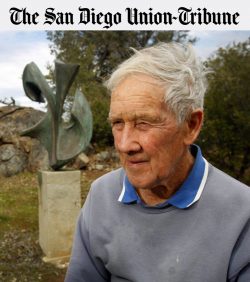 Brave, indomitable and pioneering: Local people who inspired us in 2019 via San Diego Union Tribune

By PAM KRAGEN  |  DECEMBER 19, 2019
Designer/sculptor James Hubbell has been a “living legend” for more than a half-century, but the Santa Ysabel artist doesn’t like the world “legend” because it implies that all of his achievements are in the past. n October, he celebrated his 88th birthday with the premiere of his first opera,… >Read full article

The Ilan-Lael Center, Santa Ysabel via Orchids and Onions

Nestled within the hills of Santa Ysabel, California, a circular series of buildings, the Ilan-Lael Center, has been built by Hubbell & Hubbell Architects. Housing the Ilan-Lael Foundation, the center provides a space for people from all walks of life to find common ground through the arts. Through workshops and retreats, the heart of the center is rooted in the appreciation for nature supporting its life, as well our own. > Read full article 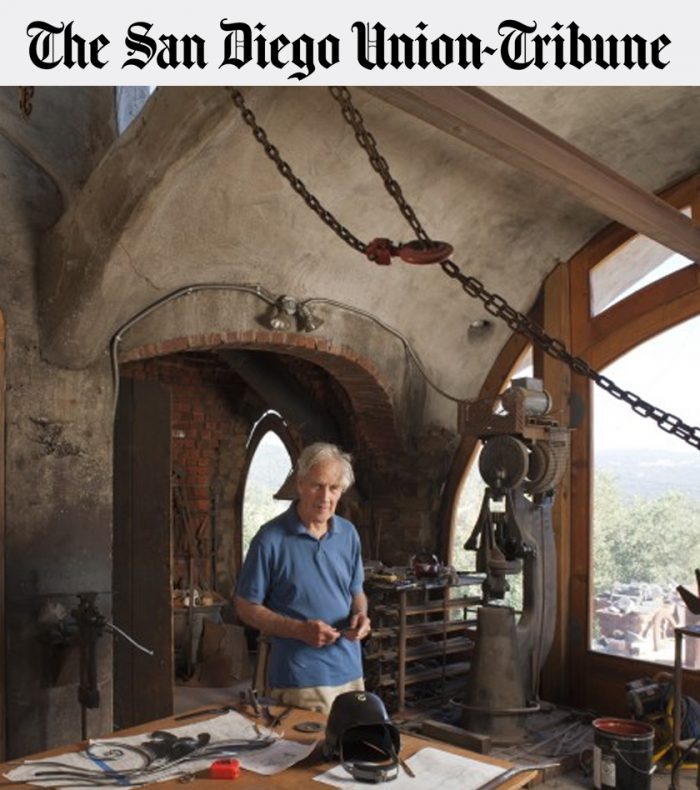 By PAM KRAGEN  |  JUNE 12, 2019
For decades, artist James Hubbell has been revered as one of San Diego’s living legends.But being called a “legend” doesn’t sit too well with the 87-year-old Santa Ysabel resident, because legends are usually figures from the past. Hubbell hopes that when visitors arrive at his 40-acre ranch this coming Sunday for the 35th annual Father’s Day Open House… >Read full article 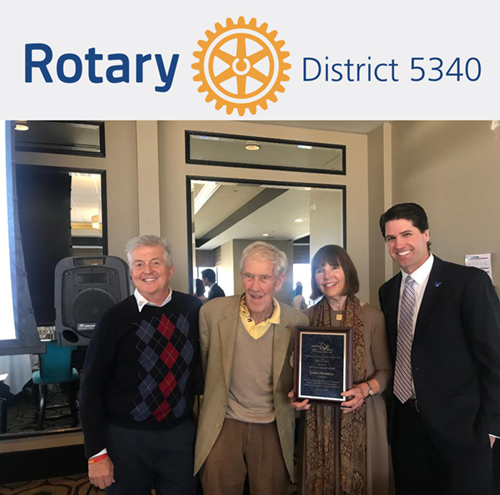 On February 27, 2019, the San Diego Downtown Breakfast Rotary Club honored famed local artist James T. Hubbell with the 2019 Peacemaker of the Year Award. The award is bestowed on community members (or an organization) who by their actions have made a significant difference in promoting tolerance, understanding, conflict resolution and peace. This reflects Rotary’s mission of helping build goodwill and peace in the world. >Read full article

A Fires Survivor via the Los Angeles Times

By CHRISTOPHER REYNOLDS  |  SEP. 6, 2007
LOS ANGELES TIMES STAFF WRITER
WYNOLA, CALIF. — BEFORE James and Anne Hubbell’s home was reborn this year, before it caught fire in 2003, even before its first indoor kitchen was built in the early 1960s, the place looked different from other houses. Like a hobbit’s retreat, perhaps, or an oversized set of shells from some distant sea bottom. >Read full article 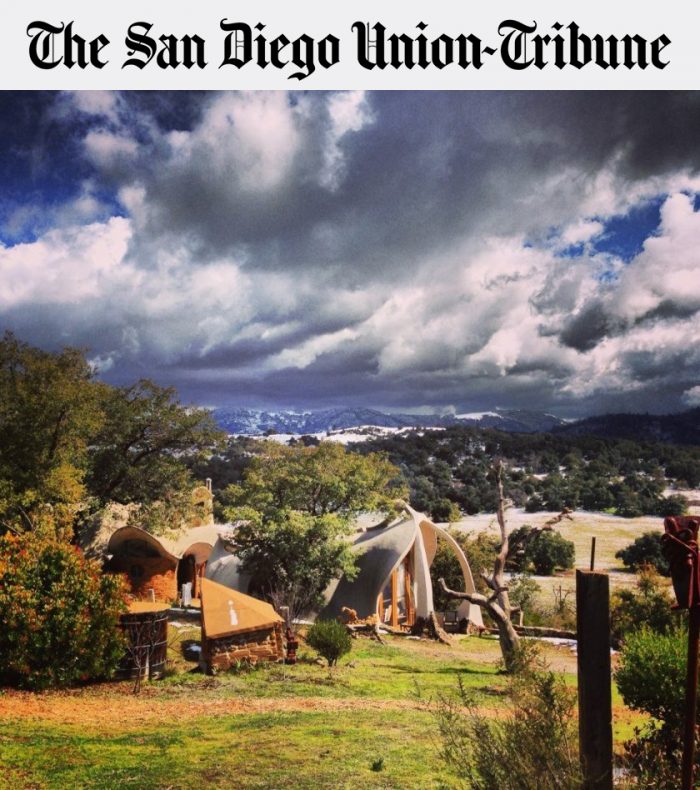 By JAMES CHUTE  |  JULY 29, 2013
The Ilan-Lael Foundation, a global, educational endeavor founded by architect and artist James Hubbell, is celebrating its 30th anniversary with Sept. 28 event at the First Unitarian Universalist Church in San Diego.