A NEWSLETTER THAT EXPLORES THE SPECIALNESS OF SAN DIEGO

“We wanted to discover what San Diego was about, where its dreams were, where its vision was. A lot of these issues still remain unanswered. Kay and I would choose a subject then break up the tasks. For me, it was better and more fun than any class I ever attended. Because of Hidden Leaves, our membership grew to over 3,000 and thus we became embedded in San Diego and its future.”

Members and friends of Ilan-Lael enjoy two issues of Hidden Leaves a year; a tradition that extends back to 1983. 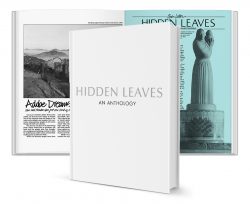 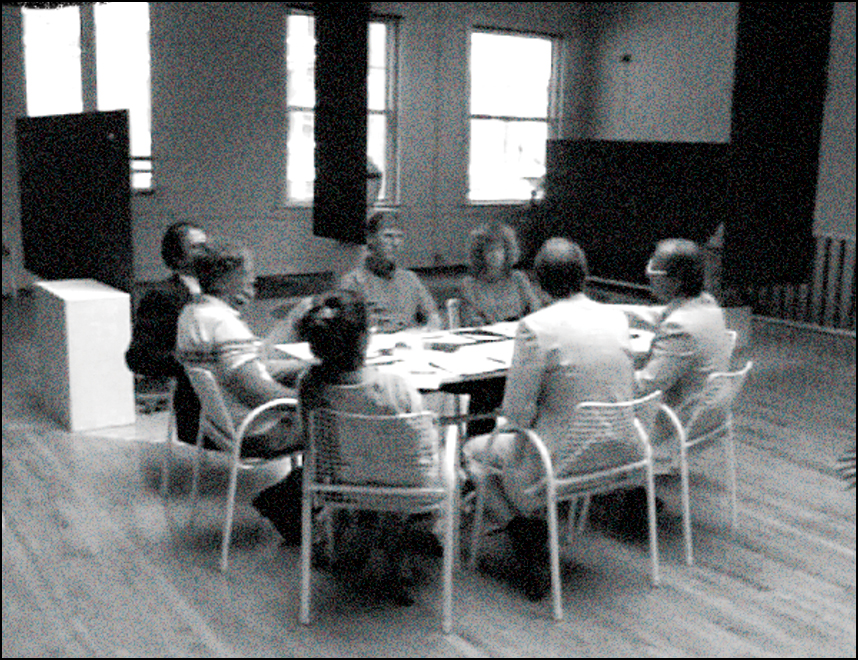 The birthplace of Ilan-lael and “Hidden Leaves” above the San Diego Hardware Store on 5th Avenue in downtown San Diego. circa 1980

In the 1980s San Diego was just beginning its urban renaissance. The Ilan-Lael Foundation shared offices located above the San Diego Hardware Store on 5th Avenue with architect Wayne Donaldson, a leader in historic restoration and adaptation, especially in the Gaslamp District. Thanks to this synergy and Jim Hubbell’s community arts activism, Hidden Leaves was born to explore the specialness and genius of San Diego’s place on the globe, a conversation that continues today.

Hidden Leaves also honors the memory and work of C3 founder Lloyd Ruocco and newspaper columnist Jim Britton, San Diego’s most distinguished and opinionated architectural critic and cultural commentator. Both men campaigned tirelessly to keep the cause of city planning alive and to make the city they loved become a leader in all the cultural, philosophical, and spiritual matters that make a city worth living in. Equally important, the late Kay Kaiser, the San Diego Union’s respected art and design critic, agreed to be the Hidden Leaves editor. She and Jim would choose subjects for each issue that dealt with the region’s dreams and vision

Early Hidden Leaves (1983 – 1987) have been bound in book form and are for sale. They stand as an essential reference to many of the planning and arts issues of the day. Today’s newsletters carry on the tradition, and also focus on Ilan-Lael’s many classes, activities, exhibits, and James Hubbell’s current work. “For me, it was better and more fun than any class I ever attended,” recalls Jim. 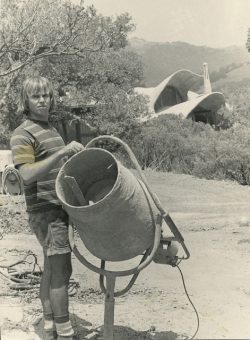 Robert Thiele in the early days at Ilan-Lael. circa 1970

It all began in the fall of 1969… when James and Anne Hubbell, architect Sim Bruce Richards and Janet Richards, architect Ken Kellogg and Marilyn Kellogg, ceramicist Rhoda Lopez, architect Spencer Lake, and I were on a bus taking an architectural tour in Arizona of Frank Lloyd Wright’s Taliesin West and Paolo Soleri’s Arcosanti. Half a lifetime later, I now realize the unique seeds planted by that gathering.

This cast of characters became a new family of thinkers, artists, writers, poets, and architects—a cast that wrote its own script by asking questions about nature… and people… and the discovery of beauty.

The quiet one, the shy one — Jim Hubbell — became my mentor for the next ten years or more. I first lived under an oak tree in my VW bus next to a pear orchard below what was their home… and what would become the birthplace of Ilan-Lael. The magical family life of Jim and Anne and their four boys became a daily dose of wonder for me, a 23-year-old idealist just out of school.

“He has a vision that reaches far beyond art and architecture,” I thought, “Vision unbridled by any inhibition, and unlimited in scope and possibility.”

I remember him saying, “Every day is a discovery, every mistake an opportunity, and even pulling weeds is a study of nature and beauty.”

The next ten years and more found Jim exploring form and ideas in schools and workshops, restaurants, homes and civic buildings. The community had grown and he, as were many of us, was concerned that San Diego was not developing properly.

Concerns became a collective voice. Hidden Leaves was that voice — the first full-throated shout of Ilan-Lael and all we stand for. We wanted to foster discourse that would help shape a community in search of its soul into a great city. Jim, by then turning 50, met journalist Kay Kaiser, and with them as co-editors the pages you now hold in your hand became reality.

It was a joy. It still is today.